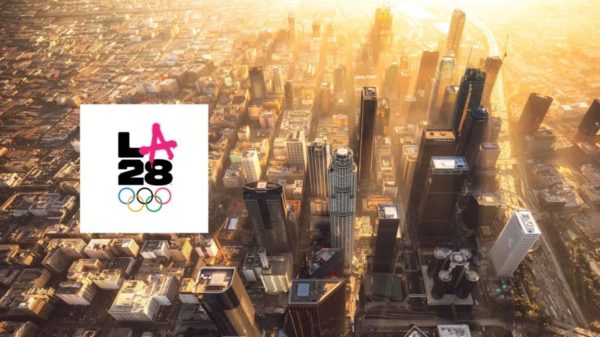 There is no time to lose. With more than six years to go, the IOC is already looking closely at the programme for the Los Angeles 2028 Games. At this stage in the preparations for the Californian event, the Olympic body has not yet set it in stone. But its Executive Board, which met for two days this week, approved the “evaluation criteria that will be used to review each sport discipline and possible additional sports.

In terms of content and form, they do not promise any revolution. They correspond to the principles already validated by the IOC Executive Board last April. And the body points out that these criteria reflect the Olympic Charter, the recommendations of the Olympic Agenda 2020+5, and finally the vision of the IOC and LA28.

The result is six principles, all of which have been elevated to the rank of priority by the Lausanne-based body. The first one should be memorised by all applicants for the Games, either to organise them or to enter the programme: reducing the cost and complexity of hosting the Games. A classic.

Second criterion: “mobilise the best athletes and offer sports that put their health and safety first.” Again, nothing new under the sun. The mental health of the athletes, a subject that has become highly publicised since the Tokyo 2020 Games, is becoming a priority.

Another criterion is the appeal of the sports to fans around the world and the interest of the host country. The message is mainly addressed to the international federations applying to join the programme as additional sports. It is clear: their sport must not only appeal to the whole world, but also add value to Los Angeles 2028. Not an easy task.

The IOC Executive Board also recalls the priority given to gender equality and its desire to attract the interest of young people to attract new audiences and athletes. It insists on the need to uphold the principles of integrity and fairness in order to support “clean” sports. Finally, it thickly underlines its support for environmental sustainability “in order to promote long-term viability“.

With six years and a handful of months to go, the programme for the Los Angeles 2028 Games is already largely known. The 139th IOC Session, which met in two parts on the sidelines of the Beijing 2022 Winter Games (it will conclude with a third day on Friday 20 May), has ratified it. It will include 28 Olympic sports: aquatics, archery, athletics, badminton, basketball, canoeing, cycling, equestrian sports, fencing, golf, gymnastics, handball, hockey, judo, rowing, rugby 7s, sailing, shooting, skateboarding, football, climbing, surfing, taekwondo, tennis, table tennis, triathlon, volleyball and wrestling.

Three “historic” Olympic events have been temporarily excluded: boxing, weightlifting and modern pentathlon. The first two will have to present a cleaner copy in the coming months, particularly on the issues of governance (boxing and weightlifting), financing (boxing) and the fight against doping (weightlifting). Not a foregone conclusion.

The modern pentathlon, the least threatened of the three by a more lasting exclusion, will have to convince the IOC of the relevance of its fifth sport, which is set to replace equestrianism. Will the obstacle course appeal to Thomas Bach and the other members of the Executive Board? Not impossible.

On the other hand, three sports are entering the Los Angeles 2028 Games programme for good, after having made their debut in Tokyo 2020 and soon in Paris 2024 in the additional sports camp: skateboarding, rock climbing and surfing.

The IOC explained in a press release that the next few months would be marked by “working together” with LA28 and the international federations to review the disciplines using the evaluation criteria established on Thursday 19 May by the Executive Board.

There remains the question of additional sports. It remains wide open, with a colony of applicants already lining up at the door. But the Californian organisers will, like their colleagues from Paris 2024, have to respect the 10,500-athlete limit set by the IOC.

The final decision on the disciplines in the LA28 sports programme will be made by the IOC Executive Board in 2023. The events, quotas and competition formats will only be known after Paris 2024.