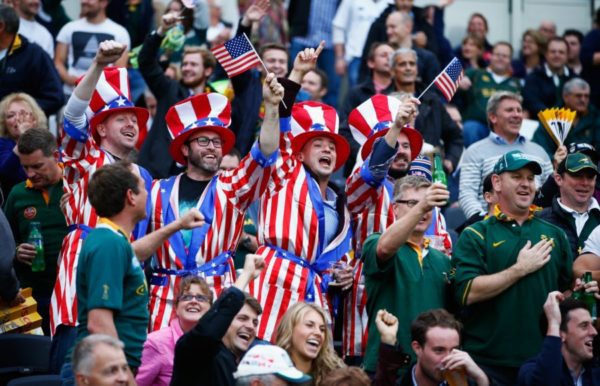 It’s done. Or almost. Barring an unlikely turn of events, World Rugby will write a new page in its long history this Thursday afternoon. For the first time, the body will award the organisation of its major event, the Men’s World Cup, to a country that is still very alien to the practice and culture of the oval ball: the United States.

Like the IOC and several other international federations, World Rugby has scrapped its old process for selecting host countries, where candidates competed for votes right up to the moment of voting. Instead, the body chaired by England’s Bill Beaumont is sorting through the applicants, pulling a small selection of so-called ‘preferred’ candidates out of the hat. The suspense is lost.

Meeting this Thursday 12 May in Dublin, the World Rugby Council will not have to vote between several projects. Its 44 members will be asked to vote for or against a list of three host countries for five editions of the World Cup – women’s in 2025, 2029 and 2033, men’s in 2027 and 2031 -: England, Australia and the USA. Twenty-three votes are needed to validate the proposal.

For the future, World Rugby will leave Europe. The body will proceed by successive doubles: Australia for the 2027 (men) and 2029 (women) editions, then the United States for the next two tournaments, men’s in 2031 and women’s in 2033.

The choice of Australia inspires little comment. The country is a mastodon of world rugby and is one of the territories where World Rugby must set the scene for a World Cup at regular intervals. The Australians shared the hosting of the Men’s World Cup with New Zealand in 1987. They then hosted the global tournament alone in 2003.

The United States, on the other hand, will mark a turning point, as Japan did with the men’s World Cup in 2019. Alan Gilpin, the CEO of World Rugby, repeats it without weariness in front of all the microphones: “The North American continent has a commercial and sporting potential that has yet to be exploited. We are convinced that organising two World Cups in two years can be a winning strategy for rugby.

There is no question of World Rugby letting such an opportunity slip through its fingers. The body has never hidden its North American ambitions. Its frequent appeals have been heard in the United States.

The recent support shown by the White House, in the form of a letter sent by Joe Biden to Bill Beaumont, was the last piece of the puzzle. The US president, who is sympathetic to the charms of rugby because of his Irish heritage, explained that both tournaments would benefit from “government guarantees”. He added: “On behalf of the people of the United States, I am pleased to offer my full support to this bid.

According to USA Rugby, which is leading the bid, two dozen cities could host World Cup matches between the 2031 and 2033 editions. The initial budget was estimated at half a billion dollars. Any profits (or losses) would be shared between World Rugby and USA Rugby.

In the very likely event of a green light from the Council of the body, this Thursday afternoon in Dublin, the United States would offer itself a succession of major sporting events unique in history, with the men’s World Cup in football in 2026 (co-hosted with Canada and Mexico), the Summer Games in Los Angeles in 2028, and the Rugby World Cup in 2031 and 2033. To this list could be added the Winter Games in Salt Lake City in 2030 or 2034.

Australia can also look forward to a prodigious decade, with the Women’s World Cup in 2023 (co-hosted with New Zealand), the Commonwealth Games in Victoria in 2026, the two World Rugby Tournaments in 2027 and 2029, and the Summer Games in Brisbane in 2032.