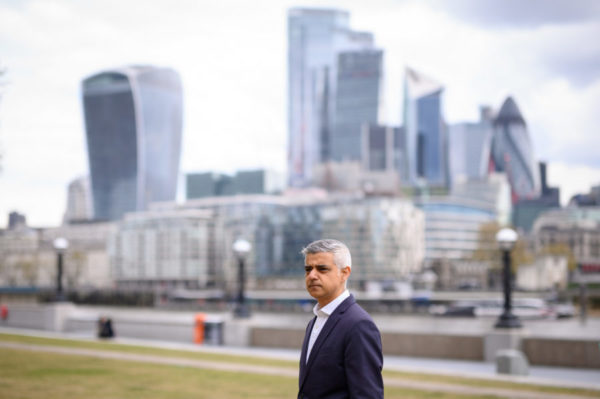 A curious coincidence of timing. For the second time in two years, the Mayor of London, Sadiq Khan, took the opportunity of the beginning of May to talk about the Olympic Games. For the second time, he clearly stated his ambition to bring the event back to his city. With a deadline: 2036 or 2040.

The first time, in May 2021, Sadiq Khan announced that an Olympic bid would be one of his priorities if he was re-elected as Mayor of London. “Considering a bid to host the 2036 or 2040 Olympic and Paralympic Games would be the best demonstration of my goal to build a better future for the city after the pandemic” he told the media. Sadiq Khan was in the middle of an election campaign at the time. His statement was taken seriously, but with the usual reservations in such a political context.

On Tuesday 10 May, the Mayor of London raised the issue again. This time, he spoke from New York, on the occasion of an event organised in Time Square as part of an international tourism campaign, “Let’s Do London“, and the announcement of the return of Major League Baseball (MLB) to England from next year.

“We have the facilities in London, so the cost would not be huge,” he suggested from New York. And we could have the greenest Olympics ever.

Cost control, use of existing facilities, sustainability: Sadiq Khan has learned the lessons of Agenda 2020 and its new version, 2020 + 5, perfectly. In two sentences, he summarised the basics.

The Mayor of London even confided that he had already started discussions with the IOC. “Working on preliminary plans, discussing with the IOC” he said. The Olympic body did not confirm, but did not deny the existence of an exchange with the English capital. “At this point in the process, any stakeholder contact, regardless of city, will remain confidential” a spokesman said cautiously.

The British Olympic Committee (BOA) has adopted the same strategy. The national body says it is not yet involved in any such project. But it will have to be, at some point in the selection process.

The Mayor of London insists: “We want to make sure that sports come to London, including baseball and American football. We have the FA Cup final this Saturday, Wimbledon is back… The Olympics could be back too.”

Sadiq Khan has never made a secret of it: his Olympic project would not only have the ambition to build a “better future”, it would also have a historical dimension. By winning in 2036 or 2040, London would become the first city to host the Summer Games four times, after 1908, 1948 and 2012.

For a political leader, such a mark in history would be nothing trivial. But the issue is more complex than the Mayor of London would suggest. “We have the facilities in London, so the cost would not be huge,” Sadiq Khan argued in London on Tuesday 10 May. Not wrong. But not entirely accurate either.

At least two of the most iconic venues of the London 2012 Games, the athletics stadium and the aquatic centre, have been reconfigured since the Olympic and Paralympic Games. Their capacity has been reduced. They should therefore probably be renovated.

Above all, the athletes’ village would no longer be available. Built especially for the Games in 2012 in East London, an area that was not very urbanised at the time, it has been transformed into a residential area with nearly 3,000 homes. London’s planners will have to find an alternative, but without driving up costs and keeping the mayor’s promise to deliver the “greenest Games ever“. No easy task.