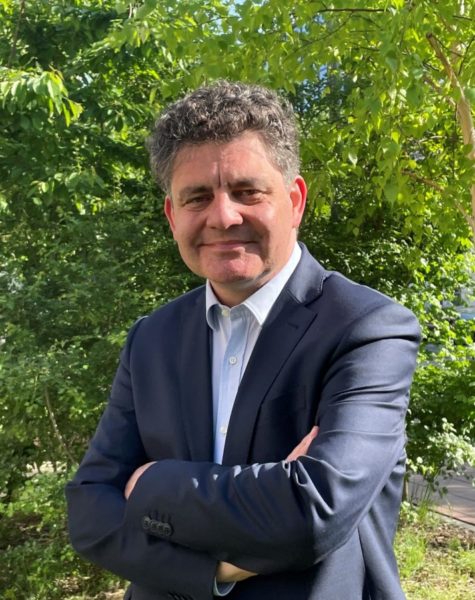 The Paris 2024 Games are inspiring publishers. Already. With just over 800 days to go before the event, a first book dedicated to the Olympic and Paralympic Games has just been released in bookshops, “Paris 2024, un défi français” (Paris 2024, a French challenge).

Its author, Vincent Roger (photo above), knows the subject from the inside. For four years, between 2017 and 2021, he held the position of special delegate for the Île-de-France region for the Olympic and Paralympic Games. He answered FrancsJeux’ questions.

FrancsJeux: With almost 800 days to go, do the Paris 2024 Games still resemble the project presented during the bidding phase? Do you recognise it?

Vincent Roger: The main lines of the project remain the same, almost five years after Paris was designated by the IOC session in Lima. The compactness of the sites, with a minimum of distances for athletes and spectators. The social and societal vocation of the Games, particularly in Seine-Saint-Denis, a department where the upheaval will be profound in the next ten years. The development of sport. A new conception of the Games, too. They will be the first parity Games in history, the first to be part of the Paris climate agreements…. The spirit remains the same, even if some adjustments have been necessary. Compared to the bidding phase, between 2015 and 2017, some elements had to evolve, especially the venues. But the evolution has been positive. For example, the project around the Elancourt hill, where the mountain bike events will be held, is now much more ambitious in terms of heritage and respect for the environment than the one in the bid file.

Have the changes in the project and the new map of sites been made to the detriment of Seine-Saint-Denis?

No. Seine-Saint-Denis remains at the heart of the scheme. It will be the primary beneficiary of the legacy of the Paris 2024 Games. The figures prove it: 80% of the public investments linked to the Games concern this department; 75% of the SOLIDEO (Société de livraison des ouvrages olympiques) budget is dedicated to it; 23% of the Olympic events and 37% of the Paralympic events will take place in Seine-Saint-Denis; the athletes’ village will leave a legacy of 2,700 housing units in the three municipalities concerned. Although the swimming race has been moved to the Hauts-de-Seine, to the Paris La Défense Arena, the Olympic Aquatic Centre – diving, artistic swimming and water polo – is being built in Seine-Saint-Denis. It is one of the main structures of the Games. A swimming pool plan is dedicated to the department. Many urban developments are planned as part of the Games: motorway interchange, anti-noise walls, etc. The organising committee itself is based in Seine-Saint-Denis.

In your opinion, what does the refusal of a certain number of French departments to pay the organising committee a financial contribution – 150,000 euros excluding tax – for the passage of the torch relay through their territory reveal?

The organising committee is mobilising for the territories, notably through the “Land of the Games” label – which is a first in history – the flag tour, the partnership with the “Heart of the Territories” programme to develop active sports design in median cities. The torch relay is part of this dynamic. The flame is the symbol of transmission, a marker for our youth. The organisers’ ambition is to involve the whole country in this festive moment, which will have numerous repercussions for the territories. All the regions have decided to participate, and two thirds of the departments have already given their agreement. The cost of the operation is significant, but it is largely covered by the OCOG. If these refusals are financial, I hope that the organisers and the ADF (Assemblée des départements de France) will find a solution. If they are of a political or even ideological nature, then that is a pity.

The presidential campaign has just ended without the subject of Paris 2024 having really been addressed by the candidates. Three of them, Anne Hidalgo, Valérie Pécresse and Emmanuel Macron, have nevertheless been very directly involved since the bidding phase…

It is a constant in French elections: sport is rarely mentioned. The Paris 2024 Games were not a controversial issue during the election campaign. We can only be pleased about that. The bidding phase had shown a national unity around the project. It has not disappeared, but it has faded, notably because of the COVID-19 pandemic and the successive municipal, regional and presidential elections. We must now rekindle the flame of Lima 2017. I have no doubt that Emmanuel Macron will find the words and take the necessary initiatives to rekindle this spirit and this momentum.

With 800 days to go before the opening, what is the main challenge?

The presidential election confirmed that France is fractured and divided. It needs collective projects. The Paris Games are one of them, without doubt the best possible. The opening ceremony in the middle of Paris, on the Seine, will be the biggest event ever organised in our country. The challenge for the next two years will be to bring everyone together around this collective project.

How can we do this?

The Games are not only a sporting event, they are also in essence a political project. In the noble sense of the term. In the sense of serving the common good. This is why the public players, in partnership with the OCOG, must write a common narrative around Paris 2024. Today, it is undoubtedly the missing piece to get the population behind the project. However, it is understandable that the very unforeseen and painful events of the last two years – the global pandemic and the war in Ukraine – have distracted their attention from the Olympic and Paralympic Games. But we must now resume our collective work to offer the country a national narrative and a global vision. These Games must highlight an innovative and welcoming France, not just the iconic images of a France that is a museum. They are above all an opportunity to build a sporting nation around three pillars: education, health and republican integration.