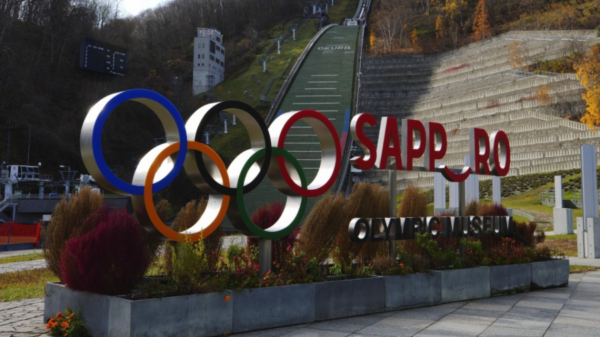 Strange. The IOC seems to want to erase from its vocabulary a word that used to stick to its skin and set the pace of its calendar. The word bid.

The race for the 2030 Winter Games is the best illustration of this. A team of IOC envoys is currently touring the cities interested in hosting the Olympic and Paralympic event. The team is made up of three people, whose identity has not been revealed. Three experts.

But officially, the delegation that left Lausanne did not talk about a bid. Nor did it mention the process of selecting the host city. And it was careful not to suggest that its work was a form of evaluation of the strengths and weaknesses of each candidate.

Her first stop last month was Salt Lake City, Utah, the city chosen by the US Olympic and Paralympic Committee (USOPC) to bid for the Winter Games in 2030 and 2034. The visit was purely technical.

The trio of experts then travelled to Canada, to inspect potential venues for the eventual bid by Vancouver, British Columbia. Again, a purely technical tour. It is due to end this Thursday 5 May.

According to Kyodo News, the IOC delegation will then head to Sapporo, Japan, which is being touted as the favourite to host the 2030 Olympic and Paralympic Winter Games. Its stop is announced for “later in May.”

The Japanese news agency reports that the three experts will be joined by members of the Japanese Olympic Committee (JOC). On the agenda: an inspection visit to 13 potential venues in Hokkaido prefecture.

The roadmap of the mysterious IOC delegation also included an extended stop in Spain, to look into the complex dossier prepared by Barcelona and the Pyrenees. But the visit was postponed, as the Spaniards were still unable to reach an agreement on the distribution of sports between Catalonia and the neighbouring region of Aragon.

The IOC makes it clear, without fear of being blunt, that these site visits are in fact a service provided to bidders interested in the Games. They are supposed to help them assess the feasibility of their bid. The Olympic body insists that the trio of experts is not linked to the Winter Games Host Commission, chaired by Romanian Octavian Morariu.

The IOC said in a statement that it “respects the confidentiality of each potential host in its work to develop the public and private aspects of its project”. The body continued: “Each interested party is free to communicate to the national and regional media when it considers the time is right.”

The message is clear: the race for the 2030 Winter Games is not at the stage of the bidding campaign. It is still in the dialogue phase with interested cities. A stage in the selection process that could lead, as for the Summer Games in 2032, to the designation of a preferred candidate, the only one invited to continue the journey.

The advantage of this is that it is a much more discreet process, where everyone can withdraw without giving the impression of giving up or risking losing face. The word candidacy is not uttered. It may never be.