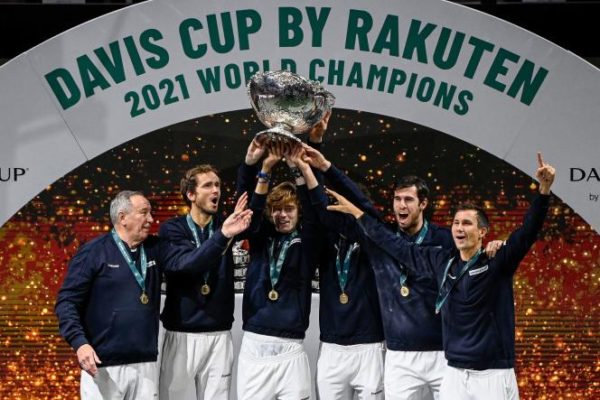 The information was leaked early in the morning, revealed by the New York Times and the website Sportico. It was made official later in the day, on Wednesday 20 April, in a lengthy statement: Russian and Belarusian players will be banned from participating in the 2022 edition of the Wimbledon tournament (27 June to 10 July), the English leg of the tennis Grand Slam.

“We wish to express our ongoing support for all those impacted by the conflict in Ukraine, the All England Club statement said. We share in the universal condemnation of Russia’s illegal actions and have carefully considered the situation in the context of our duties to the players, to our community and to the broader UK public as a British sporting institution. It is our responsibility to play our part in the widespread efforts of Government, industry, sporting and creative institutions to limit Russia’s global influence through the strongest means possible. In the circumstances of such unjustified and unprecedented military aggression, it would be unacceptable for the Russian regime to derive any benefits from the involvement of Russian or Belarusian players with The Championships. It is therefore our intention, with deep regret, to decline entries from Russian and Belarusian players to The Championships 2022.”

The British organisers also made it clear that their decision to ban players from both countries could be reviewed if “circumstances change radically between now and June“.

Beyond the political gesture, the position of the British organisers, largely influenced by the government of Boris Johnson, will have very visible sporting consequences. No less than 16 players from both countries are currently in the ATP and WTA Top 100: 4 Russian and 9 Belarusian players. Among them, Daniil Medvedev, the world number 2, and Andrey Rublev (number 8) on the men’s side, Aryna Sabalenka (number 4, semi-finalist last year), Anastasia Pavlyuchenkova (number 15), and Viktoria Azarenka (number 18) on the women’s side

The Russian authorities reacted strongly to the Wimbledon tournament’s decision. “Once again they simply turn athletes into hostages to political prejudice, political intrigues.”

With this decision, Wimbledon has set itself apart. Until then, tennis had chosen to deal with the issue of the conflict in Ukraine in its own way, marginal in the Olympic movement. Russia and Belarus had been excluded by the International Tennis Federation (ITF) from the two team competitions, the Davis Cup and the Billie Jean King Cup. And the tournaments scheduled in both countries were removed from the calendar. But players were accepted as individuals on the circuit, provided they entered under a neutral banner.

So the British stand out. But in the end, they only joined the very large camp of bodies or organisers who chose to follow the IOC’s recommendation, made shortly after the conflict began, to ban Russians and Belarusians from international competitions.

Elsewhere in the Olympic movement, their exclusion has been welcomed. In tennis, it was criticised and even severely condemned.

The ATP was the first to attack. The men’s professional tennis organisation said in a statement that “discrimination on the basis of nationality is a violation of our agreements with Wimbledon, under which a player’s participation is based solely on his ranking. We will now consider how to respond to this decision. The ATP hinted, but did not say, that it might take the matter to court.

Its women’s counterpart, the WTA, was equally outspoken in its criticism of the British decision. It said it was “very disappointed” and that such an exclusion was “neither fair nor justified”. The WTA said it was also considering “what actions it can take” to reverse the decision.

Such controversy raises questions. It raises the question of the position of tennis in the Olympic movement. Since the IOC’s recommendation at the end of February, the exclusion of Russian and Belarusian athletes from international competitions has been hailed as a justified response to the invasion of Ukraine. In swimming, where swimmers from both countries were initially accepted under neutral status, several countries even threatened to boycott the next World Championships if FINA did not tighten its position.

The Wimbledon organisers are just following suit. But they are being singled out. Novak Djokovic, the world number one, called their decision to ban Russian and Belarusian players “crazy”.