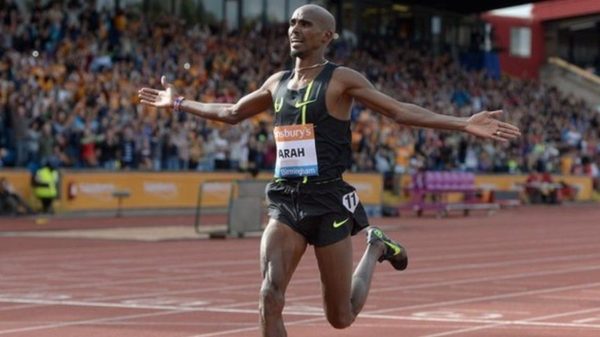 Sebastian Coe can rub his hands together: World Athletics should have no shortage of applicants to organise the major events in international athletics. The outdoor World Championships, in particular, are attracting interest. A bid may even be forthcoming in the former middle-distance runner’s own country.

The British Minister for Sport, Nigel Huddleston, made the announcement on Tuesday 19 April, on the occasion of the symbolic date of D – 100 days before the 2022 Commonwealth Games in Birmingham (28 July to 8 August): Great Britain must show itself to be very aggressive in hosting major sporting events. Birmingham, in particular, should try to take advantage of the legacy of the Commonwealth Games to host the World Athletics Championships.

Since their inception in 1983, the World Outdoor Championships have only been held once in the UK. In London, in 2017, five years almost to the day after the 2012 Olympic Games. But as Nigel Huddleston explained, the strategy detailed last year by UK Sport must not only focus on the capital. It must also encompass the rest of the country.

“We will devote a great deal of time, attention and energy to attracting sporting events and developing tourism outside of London, where we have extraordinary facilities,” suggests Nigel Huddleston.

Top of the list: Birmingham. The Midlands city has hosted the World Indoor Championships twice, in 2003 and 2018. It has been on the World Athletics Diamond League calendar since 2011.

Birmingham has already expressed an interest in hosting the World Athletics Road Running Championships, a new major event on the World Athletics calendar, which will bring together the World 5km and half-marathon events. The first edition, scheduled for next year, has been awarded to Riga, Latvia.

The next step for the British city is already in the pipeline: a bid for the World Outdoor Championships.

According to the sports minister, Boris Johnson’s government would be willing to discuss such a project. It would be fully in line with the legacy programme of the 2022 Commonwealth Games, which is focused on the development of the sport and on a more intensive use of the facilities. Discussions have reportedly already begun with the local authorities and the British Athletics Federation.

The Alexander Stadium in Birmingham, where the opening and closing ceremonies and athletics competitions of the Commonwealth Games will take place, has been the subject of a major €80 million renovation plan. Its capacity will be increased next summer to 30,000, with the addition of temporary stands. It will then be reduced to 18,000 seats.

Will it be enough to win? The answer is up to World Athletics. But it seems certain that a British bid, even one from a provincial city, would be taken very seriously by Sebastian Coe and the members of the international body’s board.

All that remains is for the British to find the right date. The next two editions of the outdoor World Championships have been allocated to Eugene for this year, then to Budapest in 2023. For the next one in 2025, the first one without a host city, three bids are in competition: Tokyo in Japan, Nairobi in Kenya, and Singapore. Strong.

The sports minister reiterated this on Tuesday 19 April: Britain is teaming up with Northern Ireland to bid for Euro football in 2028. A big one. But the Brits are making no secret of it: they want more. A lot more.