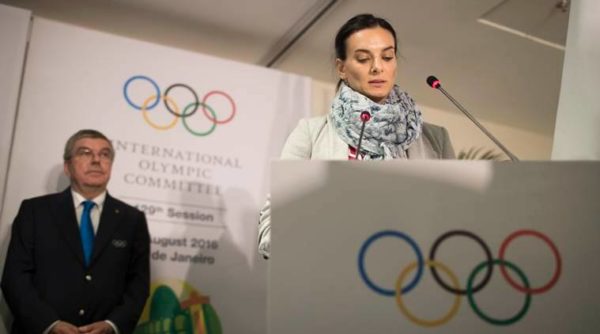 The controversy seemed inevitable. But it took an unexpected turn. Having failed to ban its four Russian members in response to the invasion of Ukraine, the IOC is now under fire from its own adopted country, Switzerland.

According to the early Easter weekend edition of the Tages-Anzeiger, Swiss Sports Minister Viola Amherd has written to Thomas Bach to express her displeasure. In her letter, the politician from Valais, who is also a federal councillor, explains that “it is essential that Russian and Belarusian officials are no longer accepted, either in the governing bodies of international sports federations or in the IOC“. Viola Amherd insists: “In view of the situation in Ukraine, it is no longer enough to exclude Russian and Belarusian athletes from competitions abroad. We now need to go one step further.”

The message is clear. It is aimed directly at, but not by name, the four IOC members with Russian passports.

Two of them, former tennis player Shamil Tarpishchev and pole vault world record holder Yelena Isinbayeva (pictured above), are active members. The former joined the house in 1994. The latter was elected during the Rio 2016 Games to the Athletes’ Commission.

The other two, Vitaly Smirnov and former swimmer Alexander Popov, are on the list of honorary members.

Quick to “recommend” that international federations ban Russian and Belarusian athletes from international competitions, the IOC has not applied the same recommendation to its own troops. The four Russian officials are still officially members of the body.

In Switzerland, the National Olympic Committee (Swiss Olympic) unambiguously sided with the sports minister. “It is a question of treating athletes and officials equally,” explained its spokesman, Alexander Wäfler.

The Federal Office of Sport (FOSPO) takes the same position. Last week, its director Matthias Remund said: “As the home of many international sports federations, Switzerland is now expecting a strong signal from sport.

This strong signal will not come from the IOC. The Olympic body waited a few days to reply to the letter sent to Thomas Bach by Viola Amherd. But the Federal Minister of Sport is unlikely to be very happy with her response.

As is often the case, the IOC is sticking to the texts. It quotes the Olympic Charter to explain that its members are elected as individuals and do not represent their countries in the organisation.

“The elected persons are then delegated as IOC ambassadors to the sports organisations in their respective countries, the body adds. And in any case, there are no IOC meetings with Russian members at the moment.”

So be it. But the IOC’s obstinacy in preserving its four Russian members, without even asking them to take a step back, poses two problems.

The first is symbolic. The IOC can explain that its members “are elected as individuals and do not represent their countries in the organisation“, but the names of Shamil Tarpishchev, Yelena Isinbayeva, Vitaly Smirnov and Alexander Popov are all accompanied by the Russian flag and the Russian wording on the official IOC website.

Another inconsistency in the IOC’s position is its reference to the Olympic Charter. The body chaired by Thomas Bach quotes passages from it to justify its refusal to exclude its Russian members. But it did not take the same precaution when recommending that international federations ban Russian and Belarusian athletes. The charter condemns all forms of discrimination, including on the basis of “national or social origin“.