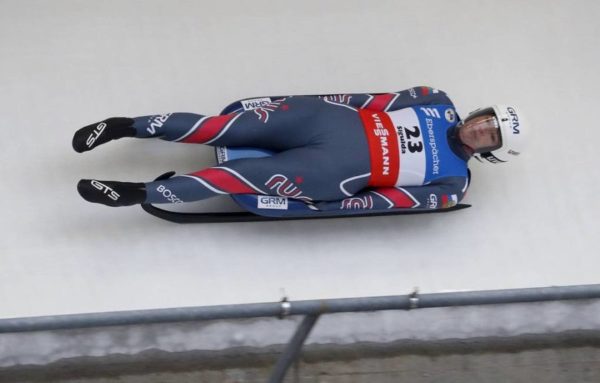 The decision is an important one. It could even have consequences for the entire Olympic movement. Banned from all international competitions since the invasion of Ukraine, the Russian luge athletes have had their exclusion overturned by an independent court. They can now compete again at all levels of the sport.

The initial decision to ban the Russian athletes was taken by the International Luge Federation (FIL) after the IOC Executive Board recommended that the competitors and officials be suspended in response to the Russian army’s invasion of Ukraine. It was expected. It did not surprise anyone, as the FIL was content at this stage to follow suit.

The only problem for the body chaired by Latvian Einars Fogelis was that the Russian Luge Federation contested its ban from the discipline. It has taken the matter to the FIL arbitration court, an independent jurisdiction. According to the president of the Russian Federation, the exclusion of athletes for political reasons is a violation of the international federation’s charter.

The decision of the arbitration court came down at the end of last week. It obliges the FIL to make a sharp reversal and lift its suspension of Russian athletes.

“The FIL leadership is still of the opinion that officials and athletes from states with behavior contrary to international law must be excluded, said a spokesperson for the body. The FIL can appeal this decision. However, the legal chances are probably not very promising at the moment.”

Indeed, it is difficult for the FIL to contradict its own statutes and regulations. Like the Olympic Charter, they prohibit “any political, racist, religious or other discrimination against its members.”

The FIL spokesperson explained on Sunday 10 April: “The collective actions against all Russian athletes, coaches, officials … is based only on the nationality of the individuals concerned, and to be regarded as prohibited political discrimination.”

However, the FIL refuses to give up. On Monday 11 April, it announced its intention to propose a change to its statutes at its next congress, scheduled for 18-19 June in Riga, Latvia. If successful, it could have a new legal tool to keep Russia out.

For the time being, the forced turnaround in the FIL will not have any concrete effect. The international luge season ended with the 2022 Beijing Games. It will not resume until November. In the luge world, Russia carries a lot of weight. It won a bronze medal at the 2022 Beijing Winter Games, with Tatyana Ivanova (pictured above) in the women’s single sculls event. In the men’s event, Roman Repilov was crowned world champion in 2021.

But the case of luge raises two questions. The first question concerns the discipline itself: what will be the attitude of the other nations, when the competitions resume, to the presence of a Russian delegation on the track?

The first answer came at the weekend when Ukrainian luge athletes posted a call for a boycott on social networks. In an open letter shared by the FIL, they called on other competitors to boycott international competitions as long as Russians are allowed to compete.

The other issue goes far beyond luge. It affects the entire Olympic movement. Since the IOC’s “recommendation” to the international federations to ban Russian and Belarusian athletes, the Court of Arbitration for Sport (CAS) has been seized by a dozen Russian sports federations. They are contesting the exclusion of their athletes by the international federations. The appeals concern rowing, skating, gymnastics, biathlon and rugby.

To date, the cases are still being processed by CAS in Lausanne. No timetable has been communicated by the court on the continuation and completion of the proceedings. But by ruling that the FIL’s initial decision was contrary to the Olympic Charter and its own rules, the luge arbitration tribunal has opened a door.