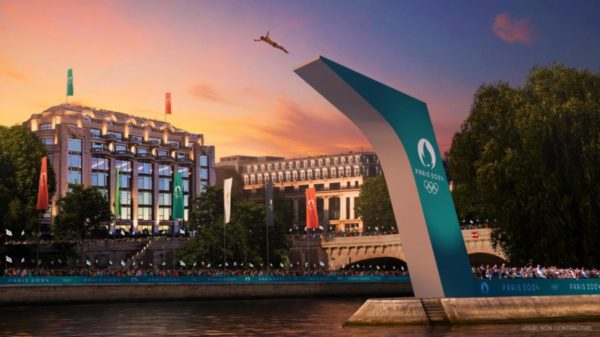 The formula is easy, but imposed by current events: the Paris 2024 Games are going to be connected. Clean and connected. On Tuesday 5 April, the organising committee added a line to its list of private partners for its national marketing programme. It was expected.

The company Enedis, manager of the electricity network in France and a wholly-owned subsidiary of the EDF group, has joined the Olympic and Paralympic adventure. It has become an official supporter of the Paris 2024 Games, the third level of the marketing programme, behind those of the premium partners (where EDF already ranks) and official partners.

A third level, therefore. The back of the room. But the arrival of Enedis is anything but anecdotal. The French company has become an “official supporter of electricity distribution”. Its presence alongside the OCOG effectively excludes generators from the Olympic and Paralympic landscape for Paris 2024. Tony Estanguet and his team can therefore continue to promise a sustainable and environmentally friendly event.

Marianne Laigneau, chairman of the board of Enedis, explained this at a press conference on Tuesday 5 April: “Today, at major sporting events, electricity in the stadiums is provided by temporary solutions powered by diesel. But we have decided to change this practice so that all the sites are supplied by the network, with decarbonised energy.”

How do we do this? The answer is easy: Enedis is committed to connecting all 34 Games venues to the electricity grid. The generators are therefore out the window.

Better still: the equipment will not be installed only for the duration of the competitions, to be dismantled later. They will remain as a legacy of the Olympic Games.

Marianne Laigneau made it clear: the use of generators will not be entirely banned from the system. But the equipment provided for in case of need, still at the development stage, will run on batteries or hydrogen. In short, it will not pollute.

Enedis is also planning several “source stations” to reinforce the network. One of them, installed at the Pont de l’Alma, will supply electricity to several temporary sites in the capital, including the urban sports site on the Place de la Concorde. Enedis will also be able to connect the stage towns of the torch relay to the electricity network.

True to its rule of conduct, the Paris 2024 OCOG did not communicate the amount of the contract. It is a secret. But the chairwoman of the Enedis board of directors did not deny herself the pleasure of announcing that the Olympic and Paralympic operation would require 100 million euros in technical investments.

The cast has changed several times in the marketing department, but the Paris 2024 OCOG is making good progress in its quest to exceed €1 billion in partnership revenues. Last February, it announced that it had already secured around €715 million. Since then, the organisers have brought in two new official supporters: the international group Salesforce, which specialises in customer relationship management, and now Enedis for electricity distribution.

A new partner at the same level, the third rank, is expected next week.