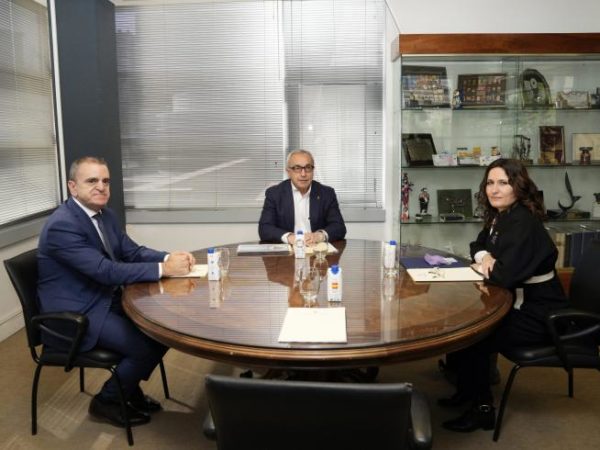 The Japanese in Sapporo can sleep soundly: their rivals in the race for the 2030 Winter Games are moving backwards. Spain, in particular.

The Barcelona and Pyrenees bid for the Olympic and Paralympic Games in 2030 is making numerous announcements. But the main effect of these announcements is to maintain doubts about the project’s chances.

The latest announcement was expected. It concerns the forthcoming organisation of a referendum on the Olympic project. The Minister of the Presidency of the Generalitat (Catalan regional government), Laura Vilagrà, announced at a press conference on Monday 4 April that a local consultation would be held on 24 July, the eve of the thirtieth anniversary of the opening of the Barcelona 1992 Games.

It will take place in two stages. It will be, in the words of the Catalan political leader, “politically binding“. In other words, its outcome will decide the fate of the bid.

The first phase of the referendum will call on the inhabitants of the Pyrenean municipalities affected by the project to give their opinion. They will be asked whether they want the Catalan government to maintain its bid or not. In total, around 55,000 people could be asked to give their opinion. “We are listening directly to the citizens,” said Laura Vilagrà at a press conference.

The inhabitants of the other municipalities will be asked if they wish to participate in the organisation of the event. If they are in favour, they could host training venues and/or activities indirectly linked to the Winter Games.

Unlike the Japanese in Sapporo, the Spanish will therefore have to go through the ballot box in their march towards the Olympic Games. Democratic, certainly, but extremely risky.

Another issue likely to plague the Spanish bid is the political tension between Catalonia and Aragon. The two regions are at odds over the distribution of sites and roles. Their quarrel has even gone up a notch in the last few days.

Last Friday, a meeting dedicated to the Olympic project was organised at the headquarters of the Spanish Olympic Committee (COE). On the agenda was the adoption of the theoretical map of competition venues. It foresees that Catalonia would host alpine skiing, snowboarding, artistic skiing and ski-mountaineering in the Pyrenees, plus ice hockey in Barcelona. Aragon would inherit biathlon, cross-country skiing, skating (figure, speed and short-track) and curling.

There is a question mark over ski jumping and Nordic combined on the snow side, and bobsleigh, luge and skeleton on the ice side, as Spain does not yet have an Olympic-standard ski jump and track. The Spanish project could turn to a neighbouring country.

The only problem was that the meeting organised by the EOC to validate the technical file was marked by the absence of representatives from Aragon. Three people were seated around the table: Alejandro Blanco, the president of the WCC, José Manuel Franco, the head of the Higher Sports Council, who came to represent the Spanish government, and the Catalan Laura Vilagrà (photo above). One chair was left empty. It should have been occupied by an envoy from Aragon.

Strangely enough, the project leaders do not try to hide their divisions. They even displayed them in broad daylight, as if they hoped to put pressure on Aragon. At the end of the meeting, the Spanish Olympic Committee announced in a press release that the technical proposal had been discussed and then validated. But its statement continued: “We hope and trust that the government of Aragon will support this proposal.”