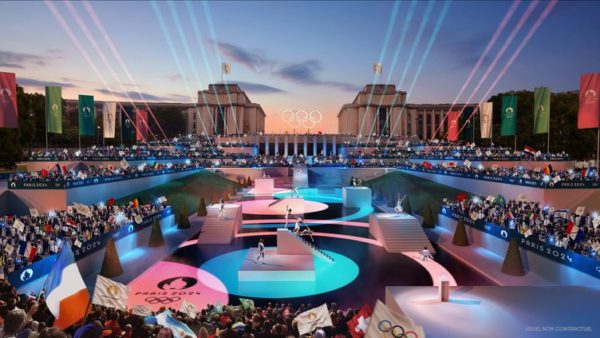 Before the sale, the prices. On Monday 21 March, the Paris 2024 Games Organising Committee lifted a corner of the veil on its campaign to sell tickets for the Olympic and Paralympic events. Only one corner, but it is an important one, as it concerns the prices and the sales process.

First of all, the figures. In total, 13.4 million tickets will be offered to the French and international public. In detail, the largest contingent is dedicated to Olympic competitions, with 10 million seats, the rest (3.4 million) being reserved for Paralympic events. By way of comparison, a football World Cup “weighs” between 3 and 3.5 million tickets.

Now the prices. The OCOG insists that the Paris Games must be accessible. “We want full stadiums and spectators from all over the world to cheer on the greatest athletes, experience unique emotions and make the memories of a lifetime, suggests Tony Estanguet, president of the organising committee. We want the Games to be open to as many people as possible, popular and unifying. Our ticketing policy meets this commitment by offering a large volume of tickets at accessible prices, for all sports.” In short, the tickets will have to be affordable.

Admission price: 24 euros for the Olympic Games. Affordable, indeed. But the OCOG is proud to point out that this price is not a call-off price, certainly very affordable, but limited to a handful of events that are often not in demand. It concerns all sports, including the most sought-after by the public, with a volume of one million tickets. It will therefore be possible to attend swimming, athletics, gymnastics or basketball sessions for 24 euros.

Also for the Olympic Games, half of the 10 million tickets on sale will be available for 50 euros or less. Affordable, once again. The highest prices, however, have not yet been determined. But according to the OCOG, they should be comparable to those of the London 2012 or Tokyo 2020 Games, between 900 and 1,000 euros.

For the Paralympic Games, the entrance fee is set at 15 euros. It concerns a volume of 500,000 tickets. Half of the tickets will be offered at 25 euros or less. In contrast to the Olympic event, the organisers have planned day passes, which will allow you to follow several sports with the same ticket. Cost: 24 euros.

Note: the prices presented on Monday 21 March by the organising committee at the Paris 2024 board meeting only concern the sports events. For the ceremonies, opening and closing of the Olympic and Paralympic Games, you will have to wait.

Finally, the sale. It has been announced as a first. Unlike other major international sporting events, it will not begin with a common starting signal for all the applicants. The Parisian organisers explain that they wanted to innovate by planning a two-stage process.

In December 2022, the public will be able to register online, on a dedicated platform, for a draw. The result will not determine the allocation of tickets, but a purchase slot. In February 2023, the candidate spectators will be able to buy their tickets during the slot allocated to them by the draw. They will then choose, in real time, from all the sessions still available. The tickets will be sold in packs.

On paper, the system has a double advantage: it avoids the usual bottleneck of the purchasing platform at the time of its opening; and it allows buyers to discover in real time everything that is really available to them, without having to project themselves onto a hypothetical shopping basket.

An important clarification: a purchase ceiling will be set per person. Its amount has not yet been determined.

At the end of this first phase, the remaining tickets will be put back on sale, individually, from May 2023. A last chance will be offered in the fourth quarter of 2023 for tickets that have not yet been sold.

For the Paralympic Games, ticket sales are scheduled to begin in the autumn of 2023.

Another new feature is that the OCOG will not determine a quota of places per country. Applicants will have the same chance of obtaining one or more tickets, regardless of their nationality or country of residence. The sales platform will be accessible to everyone, at the same time, on all five continents.

However, members of the Paris 2024 Club will be offered privileged opportunities to win one or more tickets at various stages of the ticket sales process.