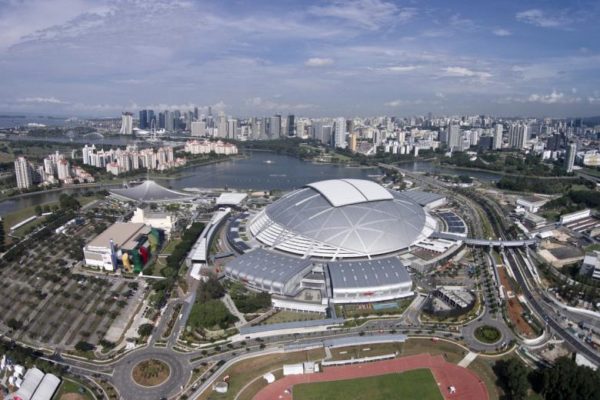 World Athletics can rub its hands together: the global pandemic and the health uncertainty are not holding back the enthusiasm of the candidates for its major events. At the top of the list is the World Outdoor Athletics Championships.

The next two editions have already been allocated: the American city of Eugene, in Oregon, will host the competition next July, almost a year later than the initial date, and the event will be held in 2023 in Budapest, Hungary.

For the next one, scheduled for 2025, two candidates were already in the running: Tokyo and Nairobi. Japan and Kenya. Asia and Africa. A good match.

A third candidate is now looking out of the window. Singapore has officially announced its bid to host the 2025 World Outdoor Championships.

The South-East Asian city-state presented its project, Singapore25. It is being promoted by Sport Singapore, a public institution in charge of organising events in the country. Lim Teck Yin, its managing director, explained: “The World Athletics Championships has never been to Southeast Asia. The region is home to 680 million people including 200 million under-35s, countless MNCs (multi-national companies) and over 30 tech unicorns. Southeast Asia’s potential for new fans, partnerships, athletes, and heroes to take athletics to the next level is self-evident – and Singapore25 can be that springboard.”

The same is true of the Singapore Athletics Federation. Lien Choong Luen, President of the Singapore Athletics Federation, said: “Singapore25 will give our athletes and those from the region the opportunity to rub shoulders with the giants of the track and field and fire up more interest for the sport. This is a once-in-a-generation opportunity to inspire the athletes of tomorrow“.

With this new bid, World Athletics will have to decide between three strong bids. One would have an air of déjà vu about it, the other two would open a new page.

Tokyo, which hosted the event in 1991, has a world-class facility with the Olympic Stadium of the last Summer Games, where three world records were broken last year in less than a week.

Nairobi, the capital of Kenya, has another kind of argument: history. The World Athletics Championships have never been held on the African continent before. By choosing Kenya in 2025, Sebastian Coe and the other members of the international body’s board would be marking their time.

Singapore, for its part, can build on the success of the Youth Olympic Games in 2010 and the South East Asian Games in 2015. The World Athletics Championships in 2025 would coincide with the 60th anniversary of the country’s independence. The event would figure prominently in the commemorative festivities.

Singapore has another ace up its sleeve: Ong Beng Seng. The Malaysian-born but Singapore-based billionaire has associated his name with world sport with the F1 Grand Prix held in the country since 2008. He is the chairman of the event.

Real estate and hotel magnate Ong Beng Seng and his wife Christina Ong are among the top 25 wealthiest people in Singapore according to Forbes. The 78-year-old billionaire will play a major role in the Singapore25 project. Behind the scenes, in particular.

The awarding of the World Athletics Championships in 2025 will be announced in July, on the sidelines of the global event in Eugene, Oregon. With Tokyo, Nairobi and Singapore, World Athletics seems to be safe from a bad decision.