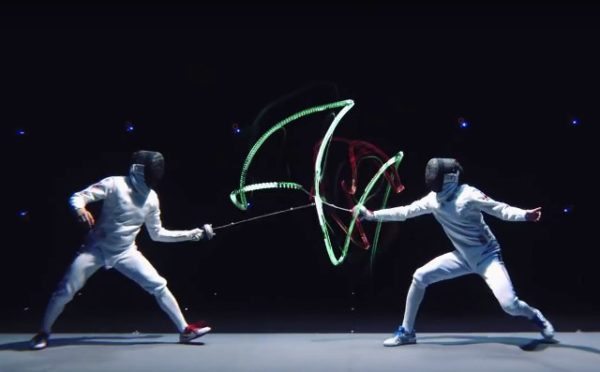 A new actor in the French-speaking sphere of the international sports movement. The Alliance francophone d’escrime (AFE) held its launch meeting last weekend in Paris (10 to 12 March). It was the first opportunity to gather, in person or remotely, the representatives of the 12 founding national federations: France, Monaco, Switzerland, Belgium, Luxembourg, Morocco, Tunisia, Senegal, Ivory Coast, Togo, Madagascar and Canada.

What are the challenges for the AFE? What ambitions? Sylvie Le Maux, its president, answered FrancsJeux’ questions.

FrancsJeux: What was the objective of this first meeting of the Alliance Francophone d’Escrime?

Sylvie Le Maux: First of all, it was to meet with all the founding federations to define and write down the projects that we want to carry out together in the short and medium term. It was not a general assembly, but a kick-off meeting. The objective of the AFE is clear: to develop the practice of fencing in the French-speaking area. This requires concrete actions. We determined the main ones during these three days spent together in Paris.

Which of these actions did you put at the top of the list?

The inclusion of fencing in the programme of the Games of La Francophonie. The next edition has been postponed by one year. It will take place in 2023 in the Democratic Republic of Congo. Today, fencing is not included. We are going to determine a very light competition format, closer to a show than a traditional event, and then draw up a set of specifications in a few pages. We will propose it to the International Committee of the Games of the Francophonie (CIJF). We are interested in an entry in the official programme, or as a demonstration sport. This project is supported by Tunisia. If this does not happen, we will then work on the creation of a French-speaking fencing competition. But, there too, with the will to propose a new format. We want to innovate, not just add another event to the international calendar.

What about the place of the French language in fencing?

It is at the heart of our second project, supported by Luxembourg: the drafting of a French-language fencing dictionary. French is the language of fencing. It is rooted in the history and culture of fencing. But the rules, in particular, are all in English, for competitions and refereeing. To propose a French version would be a plus for the French-speaking actors of our sport.

With less than 900 days to go before the Paris 2024 Games, have you mentioned the event and the importance it could have for the EFA?

Of course I have. But, once again, we are trying to be practical and pragmatic. The Paris 2024 OCOG proposes 69 sites for fencing in its catalogue of Preparation Centres for the Games (CPJ). At the French Fencing Federation (FFE), we have signed partnerships with 22 venues, the vast majority of which are obviously from the CPJ catalogue. Our French teams regularly visit the cities where these 22 facilities are located. The French-speaking countries can be put in contact, via the AFE, with these partner cities to organise their pre-Games training sessions in 2022, 2023 and 2024.

What position will you adopt with regard to the International Fencing Federation (FIE)?

We want to be a player in international fencing between now and the Paris 2024 Games. We would therefore like to be recognised by the FIE, to be consulted, to be partners in projects. But for that, we will have to be more numerous. The AFE was created by 12 founding federations, on three continents, but we have already identified nearly ten others that could quickly join us. We can mention Cameroon, Niger, Lebanon, Albania and Romania. In the next two months, there could be around twenty of us. We will meet again in July in Cairo for the World Championships. We have already decided to organise a general assembly every year, but also to meet regularly on the sidelines of international events. The French-speaking actors of fencing want to weigh and be heard.