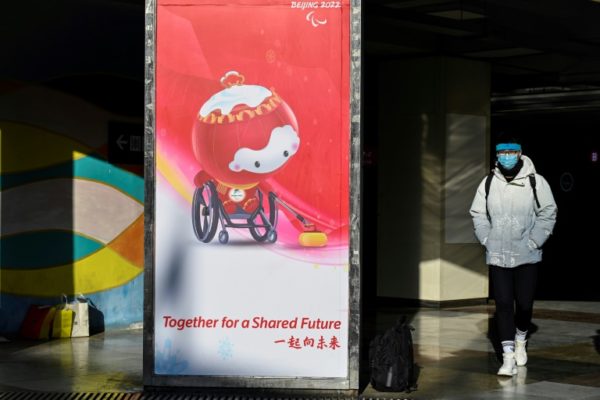 One month to the day after the Beijing Winter Olympics, a flame will be lit this Friday 4 March at the Bird’s Nest in the Chinese capital. The opening ceremony of the Paralympic Games will take place on the site abandoned a little less than two weeks earlier by the Olympic Games. Unusually, the most anticipated moment of the evening will not be the lighting of the torch. Instead, the President of the International Paralympic Committee (IPC), Andrew Parsons from Brazil, will make a speech.

On Thursday 3 March, on the eve of the opening ceremony, the IPC surprised everyone by making a 180° turn in its position on the invasion of Ukraine by the Russian army. Less than 20 hours after announcing that Russian and Belarusian athletes would be allowed to participate in the events, the body did an about-face. It excluded both delegations. The Paralympic Games will open on Friday 4 March with 46 countries participating. The day before, 48 countries were still preparing their outfits for the athletes’ parade.

The IPC’s first decision, which was little expected and highly controversial, was justified by its statutes and its foundations. Andrew Parsons spoke of political neutrality. He cited the IPC’s new constitution, adopted last year at the General Assembly. On Thursday, the Brazilian explained the reversal of the Paralympic organisation by much more pragmatic reasons. He spoke of a possible boycott by disgruntled countries. He suggested that the atmosphere in the athletes’ villages had become unsafe, even dangerous for the competitors.

“Teams and athletes are now threatening not to compete, and a viable Games would not have been possible, the IPC said in a statement. The situation in the athletes’ village is deteriorating and ensuring their safety has become impossible.”

A boycott? On Wednesday 2 March, many delegations had criticised the IPC’s decision to grant neutrality status to the Russians and Belarus. Leading the way were Germany, Britain, France, Switzerland and the United States. None of them had threatened to withdraw their athletes. It seems that the pressure increased over the next few hours to the point where the IPC had to reverse its initial decision and seriously damage its image.

As for the mood among the athletes, German Paralympic Federation Chef de Mission Karl Quade gave a glimpse of it on Wednesday when he told the media: “The most painful thing for me was to hear the explosion of joy in the Russian pavilion next to ours when Mr. Parsons announced the decision.”

For Andrew Parsons, the Beijing 2022 Paralympic Games are off to a nightmare start. On Wednesday, the Brazilian had to justify the IPC’s decision not to sanction Russian and Belarusian athletes. The next day, he had to find the right words to explain to the 83 athletes from the two countries the reversal of his authority. “we are very sorry that you are affected by the decisions your governments took last week, he told a press conference. You are the victims of your governments’ actions.”

Unsurprisingly, the CPI’s about-face provoked contrary reactions from the Russian and Ukrainian camps. Valeriy Sushkevych, the president of the Ukrainian Paralympic Committee, was keen to send a “big thank you” to the IPC for reversing its decision. He called the delegation’s journey to Beijing a “miracle”. “Many members of our team had difficulties escaping the bombs. We now want to defend our country with the whole international sporting community.

In Moscow, the Russian authorities spoke of “a monstrous situation, a shame”. The Russian Sports Minister, Oleg Matytsin, announced his intention to lodge an urgent appeal with CAS. The aim is to cancel the exclusion “before the opening ceremony”.