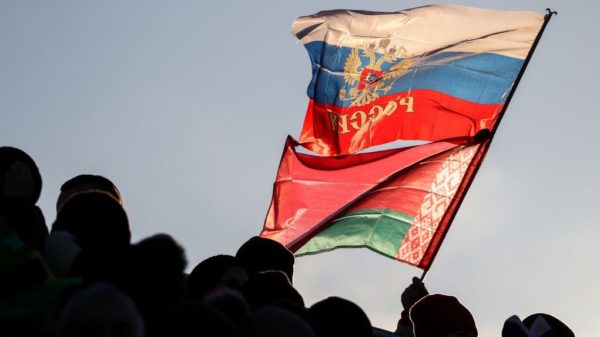 The year 2022 has not yet completed its first quarter, but it is already over for the vast majority of Russian and Belarusian athletes. They can put away their outfits and travel bags. The international sports movement no longer wants them to show up at its events.

Since Monday 28 February and the IOC Executive Board’s “recommendation” to federations and event organisers to ban Russian athletes, international bodies have been announcing the nature of their sanctions one after the other. They often turn out to be very radical. And they are aimed primarily at the athletes.

On Tuesday 1 March, World Athletics announced the exclusion of Russian and Belarusian competitors. For the former, whose federation (RusAF) has been suspended since November 2015, neutral status is no longer an option. No Russian athlete will take part in the two major events of the season, the World Indoor Championships in Belgrade (18-20 March) and the World Outdoor Championships in Eugene, Oregon (USA), in July. For this second competition, World Athletics had initially authorised the participation of a maximum of 20 Russian athletes.

The International Basketball Federation (FIBA) is taking the same attitude. It has announced the exclusion of Russian teams from all its competitions.

The same position was taken by World Rugby, ISU (skating), BWF (badminton), World Triathlon and ICF (canoeing). World Rowing has also followed suit. The rowing body announced on Tuesday 1 March that Russian and Belarusian rowers and officials would be excluded from its competitions. It also stated that no international competitions would be organised in these two countries in 2022.

The UCI, FINA and ITF are in a slightly more moderate camp. The three international bodies have announced their share of sanctions, but without completely closing the door on Russian and Belarusian athletes.

The International Cycling Union has decided that Russian and Belarusian teams and/or national teams are not allowed to participate in any event on the international calendar with immediate effect. All teams from these two countries, including Gazprom/RusVelo, the only Russian team in the professional peloton, have had their UCI team status withdrawn. Finally, all Russian and Belarussian events are removed from the 2022 international calendar, as well as the national championships of both countries.

However, the UCI explains that Russian and Belarusian licence-holders are authorised to take part in events on the international calendar with their respective teams “as long as they are registered with a non-Russian or Belarusian team”. They may also participate in competitions where individual registration is permitted.

The International Tennis Federation has also chosen a middle ground. Russia is excluded from the Davis Cup and the Billie Jean King Cup (formerly Fed Cup). But Russian players, including the world number one Daniil Medvedev, are allowed to play in the ATP and WTA tournaments.

At this stage of the conflict, a handful of international bodies have not yet publicly announced the nature of the sanctions that could be imposed on the athletes. Among them are three sports where Russia carries a lot of weight, politically and/or athletically: gymnastics (FIG), judo (IJF) and boxing (IBA).

The IOC, for its part, does not put Russian athletes and officials in the same basket. Strange. Despite its call to exclude Russian athletes from competitions, the Olympic body does not sanction its four members from Russia.

Shamil Tarpishchev, who joined the IOC in 1994, and former pole vaulter Yelena Isinbayeva, who has been a member of the Athletes’ Commission since the Rio 2016 Games, are still on the panel. The two Russian honorary members, Vitaly Smirnov and former swimmer Alexander Popov, also retain their positions. Hard to understand.