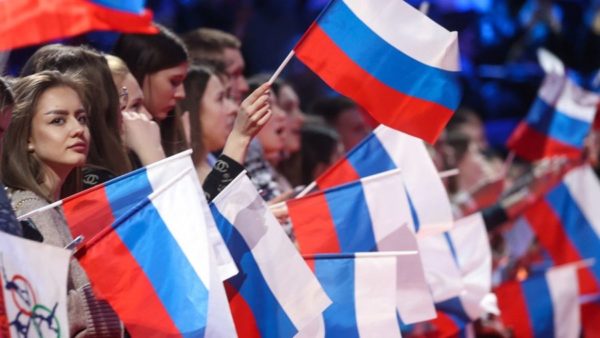 The decision is historic. It sets a precedent. For the first time, the IOC has scrapped its sacrosanct political neutrality. Faced with the invasion of Ukraine by the Russian army, the IOC Executive Board called on Monday 28 February for the exclusion of Russian and Belarusian athletes and officials from all international competitions.

For the first time, the IOC has decided not to spare the athletes. It recommends that international federations ban them from all their events. This is a step that the Olympic body has never taken before, offering competitors a neutral status when their country or national Olympic committee is suspended.

The Lausanne-based body makes no secret of the fact that the Executive Board’s historic decision was taken despite a “dilemma”. It explained in a statement: “While athletes from Russia and Belarus would be able to continue to participate in sports events, many athletes from Ukraine are prevented from doing so because of the attack on their country. This is a dilemma which cannot be solved.”

But there is no question of taking a wait-and-see attitude. The IOC wants to strike hard. Its Executive Board is therefore calling on international federations and organisers of sports events “not invite or allow the participation of Russian and Belarusian athletes and officials in international competitions”.

In another sign of a shift in strategy and communication, the Olympic body says it is pleased to hear athletes from around the world speaking out on the Russia issue. “The IOC EB welcomes and appreciates the many calls for peace by athletes, sports officials and members of the worldwide Olympic Community, the statement said. The IOC admires and supports in particular the calls for peace by Russian athletes.”

More anecdotally, but very symbolically, the IOC decided to withdraw the Olympic Order from three senior Russian officials. At the top of the list was Vladimir Putin. The Russian president had received it in 2021. He no longer has it. Two other political leaders have also been stripped of it with immediate effect: Dmitry Chernyshenko, the deputy prime minister, who was awarded the Olympic Order in 2014 after chairing the organising committee for the Sochi Winter Games, and Dmitry Kozak, the deputy chief of staff of the presidential office, who was also awarded it in 2014.

Stanislav Pozdniakov, the president of the Russian Olympic Committee (ROC), reacted with indignation. It was expected. “The IOC’s decision goes against the regulations and the Charter, first and foremost the spirit of the Olympic movement, which is meant to unite and not to divide, especially when it comes to athletes or the equality of participants in the Olympic movement,” suggests the Russian leader.

Surprise: FIFA was the first to follow the IOC Executive Board’s recommendation. Immediately joined by UEFA, the football body announced that the Russian teams and clubs were deprived “until further notice” of any international competition. For the Russian team, the sanction is radical: they are no longer allowed to play in the play-off match for qualification to the 2022 World Cup, scheduled for 24 March against Poland. The road to the World Cup in Qatar is now closed.

The Russian Football Federation did not remain without reaction. It declared that it “totally disagrees” with a decision that “discriminates against a large number of athletes, coaches, club employees and national team members”.

UEFA, for its part, confirmed a decision that had been expected for several days: the termination of its sponsorship contract with the gas giant Gazprom. The amount of the contract is estimated at 40 million euros per year.

Question: will the international federations chaired by a Russian leader be able to keep their confidence in him? The debate concerns three summer Olympic sports bodies: fencing (FIE) with Alisher Usmanov, boxing (IBA) with Umar Kremlev, and shooting (ISSF) with Vladimir Lisin.

The hottest issue is certainly fencing and Alisher Usmanov. The Russian billionaire has just been sanctioned by the European Union for his links with the Moscow regime. His assets are frozen and he is banned from entering and transiting all EU countries.

Several of the world’s leading fencing nations are currently lobbying for him to step down, at least temporarily, from his position as FIE President. So far, without success.