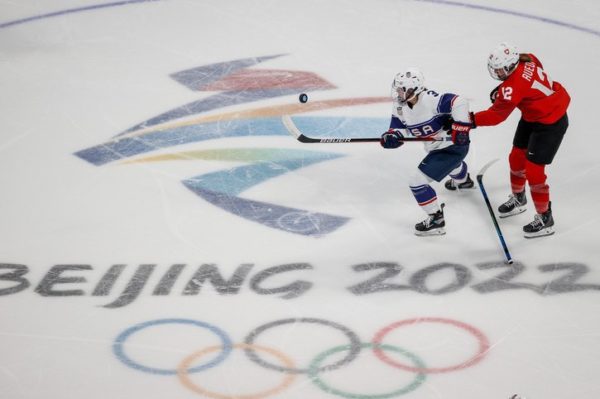 At the Beijing 2022 Winter Games, Luc Tardif (photo below) experienced his first Olympic appointment as president of the International Ice Hockey Federation (IIHF). A presidential baptism made difficult by the absence of NHL players, then by a health protocol probably even more burdensome for team sports.

But the French leader, elected last September to succeed the Swiss René Fasel at the head of the IIHF, makes a positive assessment of the Games. Above all, he is already looking forward to the next edition with optimism.

FrancsJeux: The NHL was absent from the Winter Games of PyeongChang 2018, then again at those of Beijing 2022. Will it make its return in four years at Milan-Cortina 2026?

Luc Tardif: The IIHF’s job is to bring the best players to the Olympic Games. We had an agreement with the NHL, but the COVID-19 made it impossible. For Milan-Cortina 2026, I am optimistic. We have a very positive basis for discussion with the NHL. I am in regular contact with Gary Bettman and Bill Daly (respectively commissioner and vice-commissioner of the North American league). I’ve spoken to them again in the last few days on the phone. They are following the Olympic tournament. But I want us to be able to reach an agreement earlier in the Olympiad, not again in the last year before the Winter Games.

The IIHF has sometimes been criticized for its treatment of women’s field hockey. You are accused of neglecting it in favor of the men’s game…

I find this criticism very unfair. The treatment is becoming more and more egalitarian. We have demonstrated this again since the beginning of the health crisis. In 2020, we only cancelled four women’s tournaments out of eleven on the calendar. For men, we have cancelled 15 out of 21. Since I was elected president last September, we have put in an additional five million Swiss francs to support women’s qualifying tournaments and increase Olympic support. This is not yet equal to the men, but we are moving forward. Women’s field hockey is growing more and more. It is growing in Europe, with very strong leagues, especially in Sweden and Finland. Those who have worked with me at the French Federation know that I am not one of those who do not believe in women’s ice hockey. 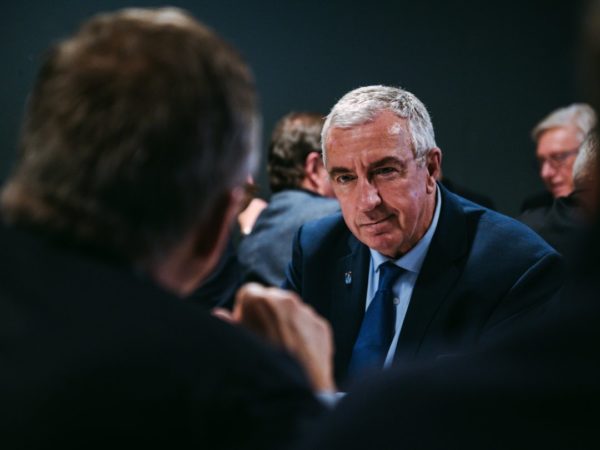 What does China mean for the development of ice hockey?

Development was the major theme of my program as a candidate for the IIHF presidency. I will not put it aside now that I have been elected. It is obvious that this development goes through Asia. And it must start from China. When China played Japan during the Beijing Games, I was told that 19 million Chinese watched the game on television at the end. That is an incredible number. We now have 22 IIHF member countries from the Asian continent, out of a total of 82 worldwide. China has built 89 rinks in recent years. In Beijing, 14 new rinks have been built in the last two years. We will open an IIHF office in China.

What do you think about the level of Chinese ice hockey? The participation of the men’s team was questioned before the Beijing Games…

Things are not going to happen overnight. China does not have a long tradition. But I prefer to speak about rebirth, about Chinese field hockey, than about birth. Women have already played at a very high level, they were present at the Vancouver 2010 Games. In 2007, China was playing in the 1A division, so close to the world elite. At the Beijing Games, the Chinese women won two games. The men, on the other hand, had a difficult start against the USA (8-0). I think they were surprised by the level and speed of the game. But afterwards, they were able to adapt. And they surprised us with their quality. The facilities are there and the Chinese are ready to organize. Maybe the next step will be a professional league in Asia.

The NHL has mentioned the idea of moving ice hockey from the Winter Games to the Summer Games. Is this realistic?

I don’t think so. In our discussions, the IOC sometimes points out that basketball does not need to stop its summer competitions for the Olympic Games. Our situation is different. Stopping a season is not easy, it involves a lot of discussion. With the NHL, of course, but also the KHL (the Russian professional league), and other European leagues. It is obvious that ice hockey at the Summer Games would solve the problem. But I can’t imagine the IOC being convinced. Ice hockey is winter. It belongs in the Winter Games.

What is the status of your project to include 3×3 field hockey in the Olympic program?

The experiment was tried at the Winter Youth Games in Lausanne in 2020. It was conclusive, but it was more of a youth festival than a real competition. The IOC was seduced, they now want to see what it can give in a real tournament, with national teams. We will do it at the 2024 Winter Youth Games in Gangwon. 3×3 field hockey can become a great development tool, to attract new audiences and countries. Rugby did it with 7-a-side, volleyball with beach, basketball with 3×3. All these disciplines are now in the Olympic Games. For Milan-Cortina 2026, it will not be possible to add 3×3 field hockey, but we must work for the Games in 2030. The current situation of field hockey at the Games is a bit frustrating. We bring a lot of people, between the players, the referees, the officials. We start before the opening ceremony. We finish on the last day. All this, for only six medals, three for men, three for women. We would like more.