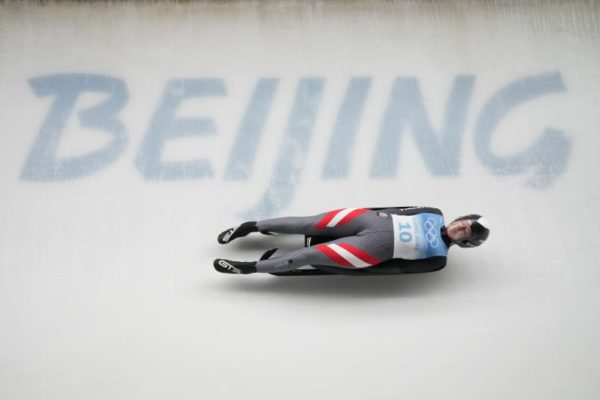 With four days to go, the Beijing 2022 Winter Games have not yet come to a close. But the IOC will not wait for the Olympic flame to be extinguished before singing a victory song.

The Olympic body took advantage of its daily press conference on Wednesday 16 February to pull out a wealth of figures. They all point to the same conclusion: the Beijing Games are a success. Despite the health situation and the lack of atmosphere at the venues, they have set a series of records in terms of television coverage, audiovisual impact and engagement on social networks.

Timo Lumme, the IOC’s director of marketing and television, assured the media that Beijing 2022 is doing better than any previous Winter Games in terms of broadcast hours. The Olympic body is offering broadcasters, via its audiovisual subsidiary OBS (Olympic Broadcasting Services), 6,000 hours of programming during the event. Four years earlier, at the PyeongChang 2018 Games, OBS sent an already respectable 5,600 hours of footage through its pipes. So more and more. But the Chinese event has a higher number of events. So the increase is not really exceptional.

Another growth spurt: the audience. Timo Lumme did not hesitate to show the most spectacular figures of the Beijing event to the media. He is used to this. At the Tokyo 2020 Games, the exercise had already turned into a record-breaking waltz.

According to IOC estimates, which are still incomplete, the opening ceremony at the Beijing Bird’s Nest on Friday 4 February was watched by half a billion people worldwide. In China, the public broadcaster CCTV announced that the evening had achieved the best audience in the country for ten years. It beat the Chinese New Year festivities in 2012.

In total, the Beijing Games have already been watched by 600 million Chinese on television. With five more days of competition, the figure will rise even higher. Will it reach one billion?

Elsewhere, the IOC has managed to unearth a handful of figures from the jumble of ratings that will make history, at least until the next Games. Ten million Australians have already watched at least a fraction of the Beijing Games on Channel Seven, about 40% of the population. In Canada, more than half of the population has tuned in to the 2022 Winter Games programmes at some point. In Japan, the event is already attracting 104 million viewers.

In the United States, however, audiences are slipping. NBC, the exclusive broadcaster, made no secret of the fact that the Olympic Games would be “difficult”. Its executives were expecting this, but were hoping for a miracle. The opening ceremony, on Friday 4 February, was the least attended in the history of the Winter Games.

One figure says a lot about the lack of interest of the American public in these Winter Games, where the stands ring hollow and the athletes keep their masks on: 112 million Americans watched the Super Bowl on NBC on Sunday 13 February in Los Angeles, but only 24 million stayed in front of their television screens after the end of the game to watch the Olympic events.

Question: will the explosion of streaming, and by domino effect the decline in the number of viewers on traditional networks, push the IOC to turn to a new media player (Amazon, Facebook, etc.) when it comes to renewing its audiovisual contracts? For the United States, the agreement signed with NBCUniversal ends after the Brisbane Summer Games in 2032.

When questioned by an Associated Press journalist, Timo Lumme was evasive, but left the door wide open. “We will launch a new call for tenders, he explained. At this stage, there is no urgency. But when the time comes, we will look for the best conditions in the market.”