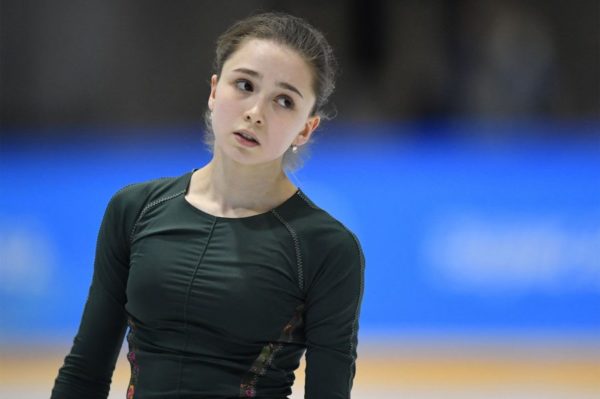 The news came just before 2pm in Beijing. At the worst possible moment, during the press conference for the ice dance medallists. It led to questions from the media to the three couples invited to the podium. They didn’t deserve it.

The Court of Arbitration for Sport (CAS) ruled two days after hearing the parties involved in the case of Russian skater Kamila Valieva: the young skater, only 15 years old, is allowed to compete in the individual event from Tuesday 15 February.

According to a statement issued early this afternoon in Chinese time, the CAS panel found that there were “serious problems with the late notification of the athlete’s doping test results“. The announcement of the Russian skater’s positive test came after the start of the Beijing Games on Monday 7 February, six weeks after the sample was taken in Russia. The analysis was conducted by the Stockholm laboratory, as Russia is not allowed to conduct its anti-doping operations.

According to the official statement, CAS ruled that the delay in announcing the positive result prejudiced Kamila Valieva, preventing her from legally defending herself, even though the delay was not her fault.

The three judges of the specialised tribunal explained that they had also taken into account the “fundamental principles of fairness, proportionality, irreparable harm and the relative balance of interests between the applicants and the athlete“. In particular, they considered that preventing the athlete from participating in the Olympic Games “would cause him irreparable harm in these circumstances.”

So the case is settled. At least for the time being. CAS ruled in favour of Kamila Valieva. The young athlete will be able to take to the ice on Tuesday 15 February for the short programme of the women’s event. The court rejected the appeals filed by the IOC, WADA and the ISU. All three parties had sought the reinstatement of the skater’s provisional suspension, which was first imposed by RUSADA and then lifted by its Ethics Commission.

At first, the case of Kamila Valieva will not go any further. The young Russian could compete. She did not incur any sanction, not even a reprimand. As for the podium in the team event, won by the Russian Olympic Committee (ROC) team ahead of the United States and Japan, it too remains unchanged. But it is not yet certain that his medals will be distributed before the end of the Beijing Games.

What happens next, however, is more uncertain. The legal battle over the young skater could take weeks or even months. Even before the CAS decision, the United States made it known through Travis Tygart, the head of the US anti-doping agency (USADA), that it could continue the fight. Under a law named after Rodchenkov, the Russian whistleblower behind the Russian doping scandal, they can prosecute anyone accused of doping, including a foreigner and outside the US, if a US citizen is involved in the case.

As soon as the CAS decision was announced, the US Olympic and Paralympic Committee (USOPC) reacted with a tweet from its chief executive, Sarah Hirshland. The body said it was “disappointed by the message sent by this decision“. It went on to explain that “the fight is not over“. The USOPC calls on the Olympic movement to continue to fight for clean and ethical sport.

Kamila Valieva has not stopped training in Beijing since the case began. She should have gone into the individual competition as the favourite. But at only 15 years of age, it is not certain that she will be able to stay solid and upright on her skates.