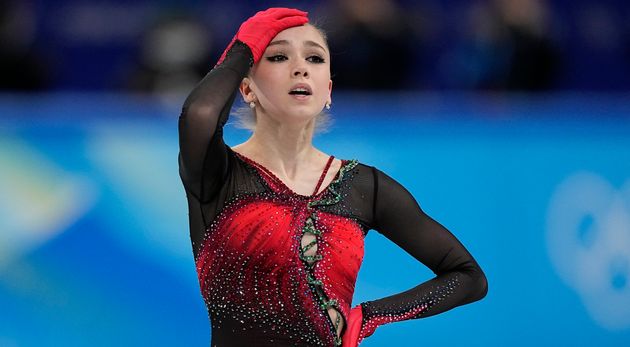 The medals continue to fall like snow on an Alpine peak at the Beijing Games on day eight of the event. Germany, Norway and Austria are taking the most medals. Paradoxically, however, the conversations in the Olympic bubble are dominated by a podium ceremony that should have already taken place, but still has not.

Three days after the scheduled date, the medals from the figure skating team event have not left the box. The competition ended last Monday. It was followed at the ice rink by the presentation of mascots to the three leading countries, the Russian Olympic Committee (ROC), the United States and Japan. But the medal ceremony, scheduled for the following day, was postponed. The skaters were informed of this just as they were about to go to the ceremony. Since then, it has been on hold.

The reason is a “legal procedure”, explains the IOC. It concerns the Russian Kamila Valieva. The 15-year-old skater tested positive for drugs last December.

What do we know about the case? Who are the parties involved? What can happen next? FrancsJeux takes stock of a case that has become the most debated of the Beijing Games in the last two days, far ahead of the Peng Shuai case.

The case. On Wednesday 9 February, several foreign media, including InsidetheGames, reported that the medal ceremony had been postponed due to a case of doping in the Russian team. It was then quickly revealed that it involved an underage athlete. Kamila Valieva, 15, is the only minor in the Russian delegation.

The International Testing Agency (ITA), which is now in charge of doping tests on behalf of the IOC and international bodies, said the test was carried out on 25 December at the Russian Championships in St Petersburg. Her analysis was conducted by the Stockholm laboratory, as Russia is no longer allowed to run its own anti-doping operations.

According to Russian media outlet RBC, Kamila Valieva tested positive for trimetazidine. Placed on the list of banned products since 2014, this substance is used in particular to treat angina and vertigo. At this stage of the case, the question of its presence in a sample taken from a 15-year-old figure skater remains unanswered.

For some reason, the laboratory in Stockholm only revealed the young Russian’s positive case on Tuesday 8 February, the day after the team event at the Beijing Games. A few hours before the medal ceremony.

The skater. Kamila Valieva is not the first athlete to come forward. The reigning Russian and European champion, she came to the Beijing Games as a favourite for the gold medal in the individual event. Since the beginning of the season, she has broken the world record in the short and free programmes. Despite her young age, her artistic qualities and her technical skills show that she is the best on the ice today.

A detail that is anything but insignificant: Kamila Valieva is a minor. As such, she is considered by the World Anti-Doping Agency (WADA) as a “protected” athlete. In the event of an anti-doping rule violation, her sanction could be more lenient. Her name would not normally be made public.

The stakeholders. They are all very sparing with their comments on a case that is embarrassing for both sides. The IOC, through its spokesman Mark Adams, has said for two days that it is not in a position to comment on the matter, at least during the “legal process” that is underway. The Olympic body also turned to the ITA, explaining that doping issues were now its responsibility.

The International Skating Federation (ISU) did not take a position either. Its very terse statement explains that it cannot “disclose any information about a possible anti-doping rule violation. This is in accordance with the ISU and IOC anti-doping rules for Beijing 2022.”

As for the Russian Skating Federation, it simply repeated through its press officer that Kamila Valieva was not suspended. She could therefore take part in the team competition and continue her Games. She was seen at the training rink this Friday morning, dressed and on the ice.

What happened next? It was announced on Friday 11 February that the Court of Arbitration for Sport (CAS) would hold an emergency hearing in Beijing on the Valieva case. But it could focus only on the ongoing legal proceedings, not on the doping aspect. The procedure in question began with a provisional ban from the Beijing Games imposed by the Russian anti-doping agency (RUSADA). The skater challenged the ban by filing an appeal.

Questions: Will Kamilia Valieva be disqualified from the team event, and with her the rest of the ROC squad? Will she be allowed to take part in the individual competition? The answers may be known in the coming hours.