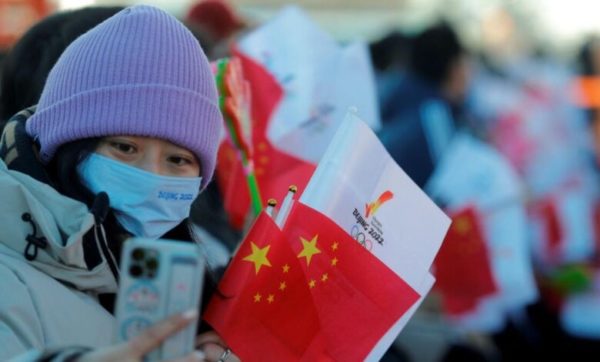 The Chinese organisers announced it before the start of the event with a touch of pride: the Beijing 2022 Games would not be held behind closed doors. Unlike Tokyo 2020, the public would be allowed on the sites. The only thing they did say was that tickets would not be sold, but distributed in the form of invitations.

On the 7th day of the Beijing Games, this Thursday 10 February, the question of the public remains as obscure as it is dubious. Admittedly, the Olympic event does not exactly meet the definition of a closed-door event. But it comes very close.

On the eve of the opening, a spokesperson for the organising committee had suggested, reading his notes carefully, that 150,000 spectators would be present at the various venues during the Games. The figure seemed colossal. And even suspicious after the same spokesperson said that this total was about half the number of places available for the general public.

Since then, a visit to the competition venues in Beijing, Yanqing and Zhangjiakou has contradicted the organisers’ prediction. In Yanqing, where the alpine ski slopes and the bobsleigh, luge and skeleton slopes were located, spectators were not allowed. Elsewhere, the closed-door system was not imposed, but the public was extremely thin. A few dozen people here, a hundred there, rarely more than a thousand.

With the exception of the opening ceremony, where the organisers had invited 15,000 privileged people, the competitions were held in front of almost empty stands.

The doubt as to the reality of the figures announced by the organising committee was further reinforced on Wednesday 9 February by the very evasive answers of its spokesperson. When asked about the number of spectators registered since the opening ceremony, the Chinese replied: “I don’t have the figure at hand. Personally, it would be difficult for me to give a precise figure.”

The same cloud of smoke surrounds the rest of the Olympic fortnight. The spokesman for the organising committee assured us, with one hand on his heart, that the number of guests would be revised upwards in the next few days, as “the health situation is under control” within the Olympic bubble. But, once again, he remained evasive about the figures. Asked about the number of spectators expected at the closing ceremony on Sunday 20 February at the Bird’s Nest in Beijing, he stammered out an answer: “At this stage, the plan is temporary, with only a few assumptions. We have to look at the development of the situation.”

As for the identity of the spectators in question, it too remains very unclear. The organisers did not answer questions from the media about the origin of the few privileged people admitted to the sites. And it is impossible to ask them directly, as the public is kept far away from the Olympic family, including media representatives.

The only certainty is that attending the Beijing Games from the stands does not only require an invitation. Spectators have to test negative for COVID-19 twice before they can enter the bubble. They must also have informed the organisers of their health status in the previous week. After their event, they still have to measure their temperature and inform the organising committee for a whole week.