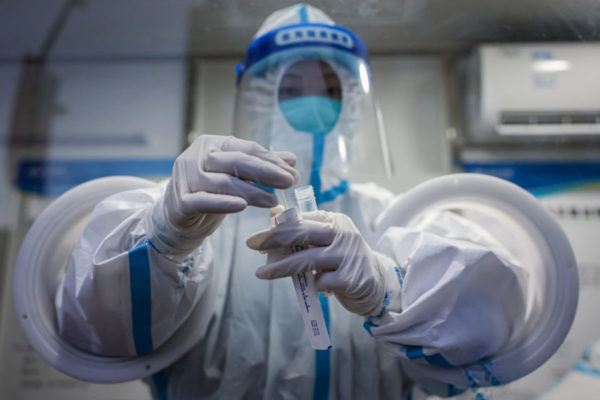 The soap opera is well known, but it is still being followed closely. In Beijing, the organisers of the 2022 Winter Games are still counting on their ten fingers the number of events that will be held until the end. But after only a few days of competition, they are being criticised by several foreign delegations for the conditions under which athletes testing positive for COVID-19 are kept in isolation. Last summer, the Japanese at Tokyo 2020 went through this. They have recovered.

One of the most violent salvos was sent by the German team. The head of mission at the Beijing Games, Dirk Schimmelpfennig, did not mince his words when referring to the case of one of the delegation’s figures, Eric Frenzel, the three-time Olympic champion in Nordic combined. He tested positive for COVID-19 and was placed in isolation outside the athletes’ village, as provided for by the Chinese health rules within the Olympic bubble.

According to Dirk Schimmelpfennig, the conditions imposed on Eric Frenzel were “unacceptable”. The hotel room, in particular, was too small, the wifi connection was of poor quality and the food served to the German skier was only fair.

“We are in intensive talks with the IOC and BOCOG (the organising committee), both on an operational and political level, to obtain improvements,” said the German chef de mission.

Visibly embarrassed, the IOC responded to the criticism through Christophe Dubi, the Olympic Games’ executive director. The Swiss admitted that the conditions of isolation were not “good enough“. But, diplomatically, he noted that the Chinese organisers had already made “many improvements“.

“We have heard and discussed with the NOC (National Olympic Committee), said Dubi. IIn the meantime, the situation has been addressed. Nevertheless, the conditions were not good enough that night and it should not happen and we want to make sure that it does not. It is very unfortunate that it affected an athlete, it has been addressed and let’s be very thorough in the future to make sure that internet conditions, food and size of the rooms, equipment for training and everything is perfect for the athletes who do suffer from the conditions”

The Russian Olympic Committee (ROC) delegation also joined the debate. One of the skeleton participants, Valeria Vasnetsova, who was placed in isolation after testing positive, was not exactly subtle in her criticism of the food served at her door. “My stomach hurts, I’m very pale and I have huge black circles around my eyes,” she posted on her Instagram account. I cry every day. I’m very tired.

Another volley of criticism came from Finland. At issue are the quarantine conditions imposed on one of the hockey team’s players, Marko Anttila. The coach of the Olympic team did not hold back his words to assure that China did not respect the human rights of the unfortunate player. Marko Anttila tested positive more than two weeks before his arrival in Beijing. He then tested negative several times before leaving for China. But the Finn was found to be infected with the virus on arrival in the Chinese capital.

“Marko has been with our team for about a week before we came here and he tested negative,” said Finnish coach Jukka Jalonen. He was with the players and with the coaching staff that week and nobody got any infection from him or from anybody else. We know that he’s fully healthy and ready to go and that’s why we think that China, for some reason, they won’t respect his human rights and that’s not a great situation.”

The Finnish team doctor was equally incomprehensible. “From a medical perspective we know that a person like this is no longer infectious, no danger to the other team, insists Maarit Valtonen. These isolation decisions are not based on medicine or science, it’s more cultural and political decisions.”