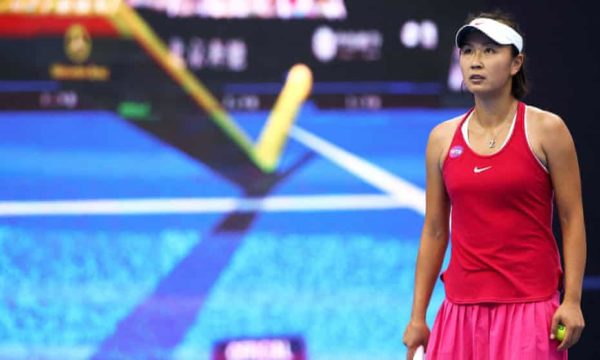 D-Day in Beijing. The opening ceremony of the 2022 Winter Games is due to give the official start of the Olympic event this Friday, 4 February, at 8pm sharp in the Chinese capital’s Bird’s Nest. The venue, built for the 2028 Summer Games, could be a bit of a buzzkill, despite the presence of thousands of performers and extras involved in the evening. Dignitaries are announced in small numbers. The IOC itself is not in full force. As for the spectators, it’s a mystery.

Sport, at last. But not only. For his first press conference in Beijing, on Thursday 3 February, Thomas Bach did not often have the opportunity to express himself on sports issues. He did try, but questions from the Chinese and international media often led him into the political arena. The IOC President was prepared for this. He did not refuse the obstacle, but he did not let himself be trapped either.

The Peng Shuai affair was one of the most topical subjects. Thomas Bach had been the first foreign official to speak to her in person. The interview took place by video conference last November, when the whole world was wondering where the Chinese player could have been hidden since her allegations of sexual assault by a Communist regime official.

In Beijing in the next few days, Thomas Bach will offer himself another first. The IOC President announced to the media on Thursday 3 February after the IOC session that he would meet Peng Shuai in person in the Chinese capital. When? Thomas Bach did not say. And for good reason, as the details of the meeting do not seem to have been finalised.

The only certainty is that the exchange will take place in the bubble of the Beijing Winter Games. Peng Shuai will have to enter the “closed circuit” set up by the Chinese organisers. She will enter the closed circuit in order to have this meeting, according to her wish,” explained Thomas Bach in a press conference. Once all the procedures are completed, we will have our meeting.

The Chinese player is not accredited for the Beijing Games, but she may be allowed to enter the bubble, provided she provides two negative coronavirus tests two days apart.

This is not the IOC’s first exchange with Peng Shuai. A second meeting in virtual mode was organised last December from Lausanne. Unlike the first, Thomas Bach did not attend. According to the IOC President, a new exchange has taken place in recent days with members of the Olympic body.

“We know from her explanations that she can move freely, that she’s spending time with her family and friends,” Thomas Bach told the media on Thursday 3 February. We will know better about her physical integrity and about her mental state when we can finally meet in person.”

After the IOC video conference meeting in November, Thomas Bach was criticised for not openly citing the sexual allegations made by the former world number one in doubles. The Olympic body was also criticised for not having conducted an investigation into the situation of the player.

In Beijing, Thomas Bach denied having been lax or even complicit with the Chinese regime. “If she wants to have an inquiry, of course we would support her in this,” explained the IOC president. But this is her life, these are her allegations. We will know more about her physical integrity and mental state when we meet her in person.

Question: Will Peng Shuai remain invisible until she meets Thomas Bach? Her presence at the opening ceremony on Friday 4 February would be an event of global significance. The answer will be given in a few hours.