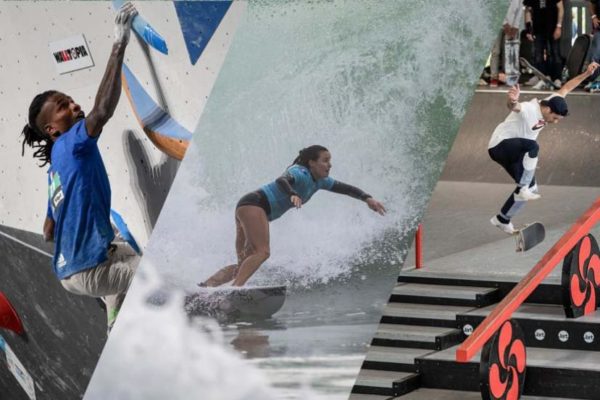 The exercise is a ritual. On the eve of the opening of the Games, the IOC took centre stage in the Olympic news by setting the scene for its session. But the body with the five rings broke the routine on Thursday 3 February in Beijing with a subtle change of seasons.

The first half-day of the 139th Session, held at the China National Convention Centre (CNCC) in the Chinese capital, certainly touched on the Winter Games. But history will remember above all the decisions taken for the summer event in Los Angeles in 2028.

With more than six years to go before the event, the members of the Olympic institution approved the programme for the Summer Games in the Californian city without a hiccup. It will feature 28 sports, including three newcomers: skateboarding, climbing and surfing.

For the three disciplines, and for their international federations (ISA for surfing, WSK for skateboarding, IFSC for climbing), Thursday 3 February 2022 will be a historic day. Of course, this is not their first time in the Olympic world. Surfing, skateboarding and climbing were additional sports at the Tokyo 2020 Games, a status they will retain in two years’ time at the Paris 2024 Games. But entering the official programme, without the word “additional”, is a huge step forward.

The IOC explains: “Skateboarding, sport climbing and surfing, all youth-focused sports, made their Olympic debut successfully at Tokyo 2020 and all of them have deep roots in California“.

The arrival of these three disciplines in the main courtyard, where the regulars stand, will not only give the Los Angeles 2028 Games programme a facelift. It also frees up space for additional sports. There are already many bids, particularly in team sports (lacrosse, cricket, flag football). With the decision of the IOC Session, the list could grow even longer. The IOC explained on Thursday that the LA28 organising committee will be given the opportunity to “propose additional sports in 2023”.

Another decision of the day: “A pathway for boxing, weightlifting and modern pentathlon to be potentially included in the LA28 Initial Sports Programme at the IOC Session in 2023.” The three sports, which have a long history in the Olympic arena, were provisionally ruled out by the IOC Executive Board last December. But the door is not completely closed to them. They “could be included in the initial programme of LA28 sports at the IOC Session in 2023 if, by then, the International Federations concerned demonstrate to the satisfaction of the IOC that they have duly addressed the specific issues identified by the Executive Board on 9 December 2021.”

The IBA for boxing, and the IWF for weightlifting, will have to present a more acceptable copy on the issues of governance and finances. The UIPM for modern pentathlon will have to choose an alternative sport to equestrian that meets the IOC’s expectations. Not a simple task.

Finally, the IOC Session approved yet another change in the way the body operates. A new intermediate stage, focusing on the choice of disciplines for each sport, will be added in 2023. The revised timetable is supposed to give athletes, NOCs, International Federations and the Los Angeles 2028 OCOG the opportunity to “get organised early and move forward with certainty“. Cool.