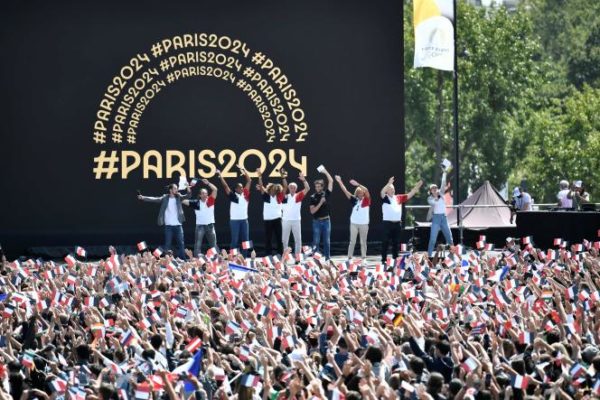 With one week to go before the opening of the Games, all eyes in the sports movement are on China and the Beijing 2022 Games. This is normal. But in a few weeks, the wind will change direction. It will blow towards Paris and the Summer Games in 2024.

With 910 days to go until the opening ceremony, this Friday 28 January, the Paris 2024 OCOG is not yet pulling on its stride to attack the final lap. But it has entered the year 2022 which, although not yet decisive, promises to be very busy. It will be dominated, for Tony Estanguet and his team, by five priority issues. Here is the list and the details.

After having succeeded in announcing, at the end of 2021, that the opening of the Olympic Games would be the first in history outside the stadium, on a river, in the heart of the capital, the OCOG is not going to take a break on the issue of the ceremonies. On the menu for 2022: the three other non purely sporting events (the two closing ceremonies and the opening of the Paralympic Games), but also more precise work on the size of the opening ceremony of the Olympic Games in the heart of Paris. It is currently set at a minimum of 600,000 spectators. But it could be revised, probably upwards. The OCOG will also unveil the artistic team in charge of the ceremonies during the first half of 2022.

The figures are already known: 13.7 million tickets to be sold (10 million for the Olympic Games, 3.7 million for the Paralympic Games), for expected revenues of more than one billion euros. Sales to the general public will not begin until the first half of 2023. However, the OCOG plans to present the main stages and procedures for obtaining tickets for the general public during the first six months of 2022.

This is currently one of the hottest issues for the organising committee. The official mascot of the Paris 2024 Games will be revealed before the end of 2022. The exact date has not yet been announced, but the event is scheduled for the autumn. The OCOG likes to point out that France made mascot history by offering the Olympic movement the first of its kind, a skier in a speed-seeking position called “Schuss”, for the 1968 Grenoble Winter Games.

Another file at the top of the pile. In February 2022, the sports federations and local authorities involved with the OCOG will be invited to list potential candidates. A vast national and international communication campaign will then be launched next autumn. This will precede by several months the recruitment phase of the 45,000 volunteers needed for the Paris 2024 Games throughout France. Recruitment is scheduled to begin in February 2023.

The file does not directly concern the OCOG. Its jacket is stamped with the six letters of SOLIDEO, the public establishment in charge of delivering the Olympic venues. But the Organising Committee is keeping a close eye on the progress of the project. On the construction sites of the Games, the year 2022 will be decisive.

The athletes’ village, presented as the largest single-site construction site in France, currently employs 1,400 workers. There will be 3,500 workers in the autumn of 2022. Delivery is scheduled for the first quarter of 2024. In the media village (700 housing units for the Games, 600 afterwards), the structural work is underway and will be completed by the end of 2022. Delivery at the end of the first quarter of 2024.

The Olympic aquatic centre (diving, water polo and artistic swimming) is ahead of schedule. The timber frame will be installed from April 2022. Delivery is scheduled for April 2024. At the Porte de la Chapelle Arena (badminton, rhythmic gymnastics and para-weightlifting), construction is progressing according to schedule. Delivery is scheduled for the second half of 2023.

Finally, work is starting at the very beginning of the year at the Marina de Marseille, site of the sailing events. Initially, the work will be carried out on land (cost: €30m), with the reurbanisation of the cove to make it functional for the Games. The maritime works (€10m) include the repair of the pontoons and dykes, and the dredging of the Marina. The project will be fully operational in 2022. It should be completed by the end of 2023.