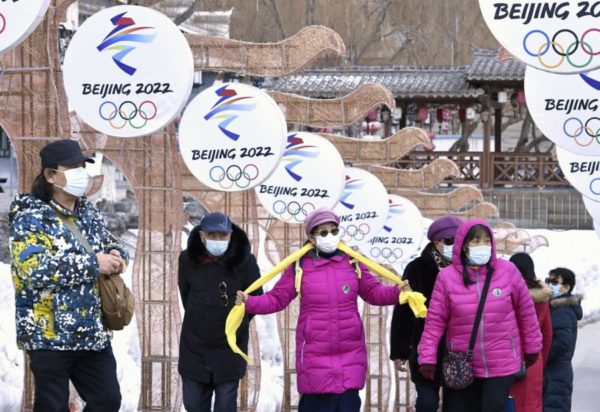 11 days to go until the opening of the Beijing 2022 Winter Games. Eleven days, or less than 300 hours. But the Olympic event is still not about sport. Not yet. The health crisis continues to dominate the news, the questions and the discussions.

On Sunday 23 January, the Chinese organisers revealed that they had recorded 72 cases of COVID-19, on the evening of Saturday 22 January, among the 2,586 accredited persons who had arrived in China since 4 January. The count is therefore underway. It will be updated daily, at least until the end of the Paralympic Games.

The reassuring news is that none of the cases recorded since the health bubble came into operation concern athletes or delegation officials. There were 171 cases of athletes and officials who set foot on Chinese soil from abroad during the same period.

In detail, the distribution of cases of COVID-19 among the Olympic family shows a certain balance: 39 of them were discovered during tests carried out at Beijing International Airport, the only authorised entry point for foreign accredited persons; the other 33 cases were recorded inside the bubble.

According to the organisers, 336,421 PCR tests were carried out among accredited athletes between 4 and 22 January. Unlike the Tokyo Games, all foreign visitors (athletes and staff, officials, media, etc.) are tested daily during their stay in Beijing.

Brian McCloskey, the head of the Beijing 2022 medical expert group, said: “We never set a target of zero cases in the closed loop system set up for the Games. The numbers were consistent with those at last summer’s Tokyo Games and in line with expectations..”

In parallel, the IOC and the organising committee announced that they had slightly lowered the sensitivity slider for PCR testing of foreign participants. A Radio Canada report last week raised doubts about the relevance of some positive results. It suggested that the Chinese-style tests went so far as to detect dead virus debris, putting recently infected visitors at risk of being falsely detected as positive.

The threshold for testing positive has been lowered from 40 to 35 for entry to the athletes’ village. In addition, positive cases will be declared safe after three negative tests for three consecutive days.

Still on the health front, the Beijing authorities launched a mass screening operation on Sunday 23 January in the Fengtai district, where nearly 2 million people live. The reason: the discovery of 25 cases of COVID-19 among the population. As soon as the measure was announced, the district’s inhabitants lined up on the pavements in front of the screening centres, despite the snowy ground and sub-zero temperatures.

The Chinese capital must “take the most resolute, decisive and strict measures to block the transmission chain of the epidemic,” said a spokesman for the municipality, Xu Hejian, at a press conference.

The day before, Chinese organisers took over the Olympic stadium, the Bird’s Nest in Beijing, for a second rehearsal of the opening ceremony. According to CCTV, 4,000 people took part (there were 15,000 performers and extras for the opening of the 2008 Beijing Games), the youngest of whom was only five years old.

No details of the show have been released. But the Xinhua agency announced that the opening ceremony had been shortened to only 100 minutes. The reason for this was the very cold temperatures (it was – 5° Celsius on Saturday evening during the rehearsal). And, again, the health crisis.