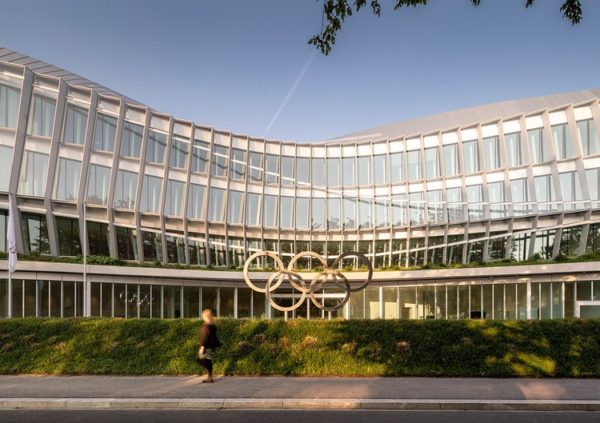 Switzerland will probably never have enough words to thank Pierre de Coubertin. It owes it to the French baron to house the headquarters of the IOC in Lausanne since 1915. At the time, the move of the Olympic body to the canton of Vaud, in a neutral country, may have seemed anecdotal. Today, it has become a jackpot.

A report by the International Academy of Sports Science and Technology (AISTS), published on Tuesday 18 January by the city of Lausanne and the canton of Vaud, and then relayed by the IOC, illustrates with generous chunks of figures the economic impact in Switzerland of the presence of the Olympic body and the 53 other international sports organisations. It exceeds one billion Swiss francs.

This study is the third of its kind. The first one compiled data for the period between 2004 and 2007. The second covered the years 2008 to 2013. The new version analysed the impact between 2014 and 2019. This was before the health crisis. It is not certain that the next study will be in the same shape.

First figure: the economic impact of the physical presence of the IOC and other international sports organisations in Switzerland increased by 57% between 2014 and 2019, compared to the previous period. Very strong.

They are now worth 1.68 billion Swiss francs a year (1.62 billion euros at the current rate), compared with 1.07 billion for the period 2008-2013. The canton of Vaud, where the city of Lausanne is located, received the largest share, with 873 million Swiss francs per year (550 million for the period 2008-2013). This is normal, since the canton hosts 46 of the 53 international sports organisations in Switzerland.

The district of Lausanne is also very well served, with an economic impact of 550 million Swiss francs, also up sharply (250 million between 2008 and 2013).

More than 75% of these employees worked in 2019 for the IOC or for organisations financially supported by the Olympic body. Of these, 1,836 lived in the canton of Vaud. FIFA and UEFA complete the top three of organisations with the largest number of employees in Switzerland.

The AISTS report also reveals that the salaries, social contributions and taxes directly or indirectly linked to the jobs of international sports organisations generate an economic impact of nearly 381 million Swiss francs on average per year (423 million for 2019), including nearly 57 million francs in income tax alone collected in the canton of Vaud in 2019.

Tourism, now. Jackpot, once again. The Olympic movement accounts for an average of 44,600 overnight stays per year in Switzerland. Revenue generated: 29 million francs. To this must be added the 220,000 visitors per year registered at the Olympic Museum in Lausanne.

Finally, investment. Like the IOC, whose new headquarters will be inaugurated in June 2019 on the occasion of its 125th anniversary, the sports authorities love stone. Between 2014 and 2019, they have invested 292 million Swiss francs in construction.

The logical consequence is that the Swiss are rubbing their hands together. All the Swiss, not just the accountants at the tax office. An opinion poll conducted as part of the survey shows that 77% of respondents living in French-speaking Switzerland “value the presence of international sport in Switzerland”. Ninety-three per cent of respondents were aware that the IOC has its headquarters in Lausanne.