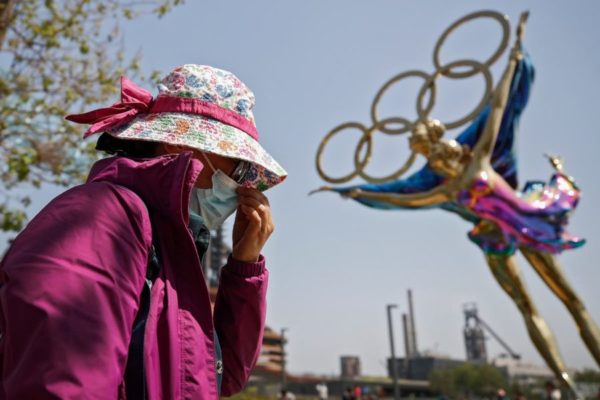 It’s done. With 18 days to go before the opening of the Beijing 2022 Games (4 to 20 February), the Chinese organisers put an end on Monday 17 January to the false suspense of the public’s presence at the competition venues. They announced in a terse statement, devoid of specific details, that tickets for the Olympic events would not be sold to the general public.

Only a few months after the Tokyo 2020 Games, the ticketing for the Beijing Winter Games will remain at the project stage. It will never be launched. But, unlike the Japanese, the Chinese have not opted to go behind closed doors. Not yet. They are hinting, but deliberately remaining very vague, that spectators will not be totally absent from the Winter Games. The privileged ones will not have to buy a ticket, they will be invited by the organising committee.

“Given the current grave and complicated situation of the Covid-19 pandemic and to ensure the safety of all participants and spectators, it was decided that tickets should not be sold anymore but be part of an adapted programme that will invite groups of spectators to be present on site during the Games, the organising committee announced via a statement. Organisers expect that these spectators will strictly abide by the Covid-19 countermeasures before, during and after each event as pre-conditions for the safe and sound delivery of the Games”

At this stage, the Chinese are being careful not to give any figures or reveal their requirements for the presence of spectators. It is therefore impossible to know whether there will be a few hundred or several thousand spectators in the stands or along the tracks. It is also impossible to know the nature of the invited groups.

At the Tokyo Games, the Japanese had provided an exemption to the closed-door rule for a few groups of schoolchildren, but only in the stadiums of football tournaments held outside the capital. There have been indications in the Chinese press in recent weeks that schoolchildren may once again be among the few spectators invited to attend the competitions. Political dignitaries, members of the Chinese Communist Party, should also be invited.

One thing is certain: the Chinese will not take any risks. Spectators will have to be vaccinated. They will also probably have to present a negative test.

The pandemic has not yet turned into an outbreak, but it has been growing in China for several weeks. Twenty million people are currently confined to several cities in the country. A cluster was discovered last week in an after-school facility in the port city of Tianjin, less than an hour by train from Beijing. A first case of the Omicron variant was recorded on Saturday 15 January in the capital.

For the IOC, the news announced on Monday 17 January by the Chinese organisers is a glass half full. It is true that the Beijing Games will not officially be held behind closed doors, a prospect that the Olympic body had been trying to rule out for several months. But the number of spectators that the Chinese will finally decide to accept at the venues may well fall far short of the IOC’s expectations.

The Chinese have been saying it again and again: the sanitary bubble installed around the Olympic facilities since 4 January will be safe, airtight and secure from the first day to the last. “A place without comparison in the world,” confirmed Pierre Ducrey, the IOC’s Director of Olympic Operations, shortly after his arrival in Beijing. Unfortunately for the atmosphere, spectators will not be welcome. Except in very small numbers. And then only a select few.