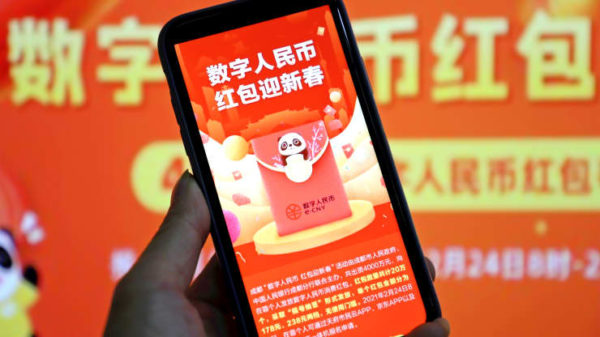 After the diplomatic boycott, a new non-sporting issue is stirring up the Olympic sphere three weeks before the opening of the Beijing 2022 Winter Games: the fear of computer spying. Like the first, it points the finger at the Chinese authorities.

The story originated in an interview in the Dutch daily de Volkskrant, which appeared earlier this week. In it, Geert Slot, spokesman for the Dutch Olympic Committee, explained that the body had recommended that the delegation’s athletes leave their phones and laptops at home when they flew to Beijing. The recommendation was prompted by the risk of personal data being spied on by the Chinese authorities.

“Cybersecurity has of course become more important in recent years, but China is a very special case, because its authorities have completely locked down their Internet,” Geert Slot told de Volkskrant.

Since then, the Dutch position seems to have caught on. A handful of other countries, among the most influential in the Olympic movement, have decided to follow suit.

A spokesperson for the British Olympic Committee (BOA) told the Guardian that the issue had been discussed with potential Beijing 2022 hopefuls: “We’ve given athletes and staff practical advice so that they can make their own choice as to whether they take their personal devices to the Games, or not. Where they do not want to take their own equipment, we have provisioned temporary devices for them to use.”

The same position applies to Australia. The national Olympic Committee (AOC) also recommends that members of its delegation do not take their phones or laptops with them. Rental devices will be made available to them upon arrival in the Chinese capital. They will only be used for the duration of the Games.

In the United States, the issue is taken very seriously. It is anything but a surprise. The United States Olympic and Paralympic Committee (USOPC) explained to future Team USA members in a recently released bulletin that the use of rental computers and disposable phones is strongly “encouraged” at the Beijing Games.

The USOPC’s document does not mince words: “Like computers, the data and applications on cell phones are subject to malicious intrusion, infection and data compromise. Despite any and all safeguards that are put in place to protect the systems and data that are brought to China, it should be assumed that all data and communications in China can be monitored, compromised or blocked.”

The US Olympic and Paralympic body does not require athletes to travel to Beijing without any connected devices. But it does strongly suggest that they use locally rented devices, or at the very least erase all personal data from their laptops, and then use a VPN during their stay at the Winter Games.

In Canada, Federal Sports Minister Pascale St-Onge told The Canadian Press that the government was “working closely” with the National Olympic and Paralympic Committees on the issue of cyber security. A series of training and information sessions have been organised for future members of the delegation. A “robust plan” has been prepared to protect the athletes from Chinese espionage. But it is classified as a defence secret.

In China, the foreign delegations’ fears of spying on the personal data of Games participants have not yet been officially commented on by the authorities. When contacted by several media, the organising committee did not respond either. The IOC, for its part, ignored the question during the technical press briefing held on Wednesday 12 January in Beijing and Lausanne, explaining that the question had to be put to the national Olympic committees concerned.

But a Chinese state-owned daily, the Global Times, covered the matter in an editorial. Its author described the Dutch position as another attempt to stir up anti-Chinese sentiment. “The accusation is based on fake news, ignorance and the West’s own actions,” the Global Times said. Really?