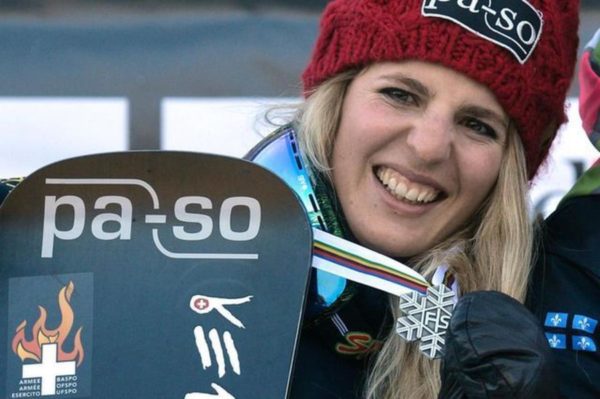 In the midst of the Novak Djokovic affair, the matter has taken on a certain dimension. At least one foreign athlete could be subject to a 21-day quarantine when she arrives in Beijing for the 2022 Winter Games. Swiss surfer Patrizia Kummer (pictured above), 34, Olympic champion in the parallel giant at the 2014 Sochi Games, is not vaccinated against COVID-19. But unlike the world’s number one tennis player, she is not seeking an exemption.

Patrizia Kummer explains her choice to refuse the vaccine in simple words. It was a decision I made in good conscience for the sake of my body,” she says. I’m ready to go through quarantine, knowing that I can’t change the rules.

As a reminder, the Chinese authorities require a full vaccination course to enter the country without quarantine for the Beijing Winter Games. Otherwise, anyone accredited will be subject to a 21-day isolation period before they can enter the health bubble.

The Swiss woman knows this. She says she is ready to accept the ordeal. But respecting the sanitary rules set out in the two versions of the playbook published by the organisers is proving more complex than expected.

First obstacle: timing. The parallel giant snowboard event is scheduled for the first week of the Beijing Games, Tuesday 8 February. Patrizia Kummer will have to fly to China no later than Sunday 16 January, in order to have time to complete her 21 days of isolation before putting on her snowboard.

But, as an added difficulty, he must first be selected for the 2022 Winter Games. Because she did not have a complete vaccination record, the Swiss athlete was not allowed to take part in two stages of the World Cup, the giants of Carezza and Cortina d’Ampezzo, in Italy, which took place last December. She has just one competition left, the Scuol giant, scheduled for Saturday in Switzerland, to earn points and validate her ticket to the Games.

Another difficulty: a complete lack of clarity on the conditions of isolation planned by the Chinese for the very few accredited athletes who have not been vaccinated. According to the website skiactu, the Swiss Ski Federation (Swiss-ski) and the National Olympic Committee (Swiss Olympic) are working hard to obtain information from the organising committee and the IOC on the level of the quarantine hotel and the precise nature of the stay. But they have not yet received any real answers.

With only a few days to go to China, Patrizia Kummer does not know whether the hotel chosen by the organisers will be equipped with a gym, and above all whether she will be able to use it. She has no information about the quality of the meals she will be served.

“I prefer not to think about it,” she says. In the meantime, the Valaisan woman is taking precautions to avoid being infected by the virus, but also to protect others. She explains that she follows a very strict lifestyle, respecting barrier gestures and social distancing. She admits that she has been tested every other day for several weeks.

Patrizia Kummer admitted to skiactu that she will not change her position. “I am not against the vaccine and I totally respect the people who do it. But for my part, I felt it was best for my body not to do it.”

To today, she is the only potential Olympic selection from any country known to be going to the Beijing Games without being vaccinated. The only one, therefore, to prepare for three weeks in isolation before starting her event. Unique and courageous.