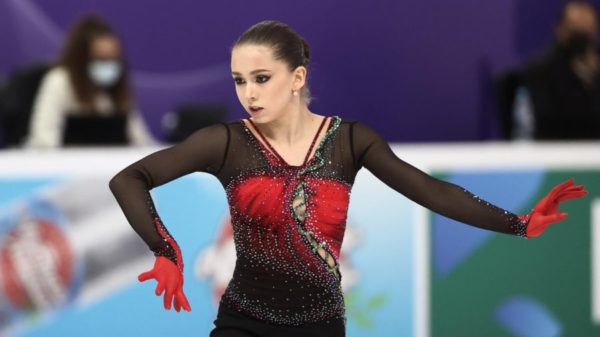 A potential Djokovic case at the Beijing Winter Games? According to a senior Russian Olympic sports official, at least three athletes in the delegation will be allowed to travel to China without being vaccinated. And they will not be subject to a three-week quarantine on arrival in the capital.

Alexander Kogan, director general of the Russian Figure Skating Federation, told the TASS news agency that skaters under the age of 18 will not need to be vaccinated against COVID-19 before flying to China for the Beijing Winter Games.

The three girls, all minors, have been selected for the individual event at the Beijing Games as part of the Russian Olympic Committee (ROC) delegation. The youngest of the trio, Kamila Valieva (pictured above), created a sensation by winning the title at the Russian Championships last December. She is announced by the experts as one of the favourites for the Olympic gold medal.

Alexander Kogan told TASS: “In accordance with the recommendations and regulations of the organizing committee of the Games and according to the law of our country, minors in the national team will not be vaccinated.”

The two versions of the playbooks published by the Chinese organisers for those accredited to the Games, including the athletes and their staff, define in detail the health rules imposed on participants. In particular, they stipulate that anyone who has not been vaccinated must observe a 21-day isolation period on arrival in China. But there is no mention of the special case of athletes under 18 years of age.

Stanislav Pozdnyakov, President of the Russian Olympic Committee (ROC), announced last November that unvaccinated minor athletes would not be subject to quarantine. The former fencer explained that he had been informed of this by the IOC and the Chinese organising committee. At the time of his statement, Russia had seven potential under-18s: the three young female skaters, plus four freestyle specialists.

Since then, Kamila Valieva, Alexandra Trusova and Anna Shcherbakova have won their ticket to the Beijing Games. They will go without being vaccinated. The other four Russian minors have not yet been officially selected.

Since last November, a new version of the Sputnik vaccine has been approved by the Russian health authorities for adolescents aged 12 to 17.