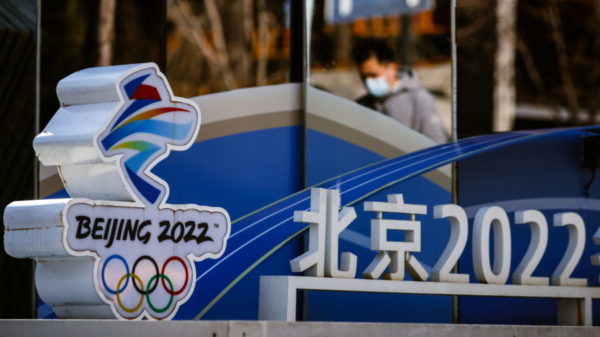 25 days to go before the opening of the Beijing 2022 Games. The final stretch. At first glance, everything is going well, as well as possible in the current sanitary conditions. The hermetic bubble prepared by the Chinese is in place, the high-speed Olympic train has made its first trips between Beijing and the other two Games clusters, the main press centre has opened its doors… The icing on the cake is that the Chinese have revealed the identity of the master of the opening ceremony, on Friday 4 February: the movie director Zhang Yimou, who was already in charge of the grandiose spectacle of the opening of the Beijing Games in 2008.

So everything is fine. But only in appearance. The latest news from China is not good. They even reveal a certain disorder, less than four weeks before the curtain rises.

First discovery: twenty cases of COVID-19 among the population of the port city of Tianjin, located less than 120 km from Beijing. Two of the inhabitants who tested positive were infected with the Omicron variant.

The first two confirmed cases in Tianjin were a 10-year-old girl and a 29-year-old woman working in an after-school centre. Both were infected with the Omicron variant. The other 18 people who tested positive Saturday 8 January evening were students aged between 8 and 13, a staff member of the centre and four parents.

Twenty cases in a city of 14 million inhabitants, nothing really dramatic. But the two cases of Omicron, among the first two officially recorded in China excluding visitors from abroad, come less than four weeks before the start of the Beijing Games. They were detected in a city where a large number of people travel daily to Beijing, less than an hour away by high-speed train, for work or study.

The result: a vast Chinese-style health operation, i.e. on a large scale and on the double. The population of Tianjin has begun to be massively tested. The tests are continuing at the beginning of this week. Several metro stations have been closed.

Another case: a report that a Spanish athlete tested positive for COVID-19 and went to downtown Beijing last weekend. The organising committee denied this in a statement on Sunday 9 January, describing the news as pure rumour without any basis.

“During the Beijing 2022 Olympic and Paralympic Winter Games, all overseas athletes and other relevant personnel will be strictly isolated from the local community from their entry to departure in accordance with the relevant provisions of the Beijing 2022 Playbook. Please do not believe in or spread rumors”. A rumour, then. No doubt. But it says a lot about the climate surrounding the Beijing Games less than a month before the curtain rises.

The best for last: the Beijing city transport department has very officially asked the capital’s residents to stay away from the special vehicles used for the Olympic family in case of a traffic accident.

In a message posted on its Weibo account, the transport department said that in the event of an accident involving an official vehicle marked Beijing 2022 and a so-called “normal” vehicle, passengers in the latter are forbidden from approaching those in the former, including to provide assistance. Maintain a safe distance and wait for help, the message insists. A real bubble. Reassuring on the one hand, terrifying on the other.