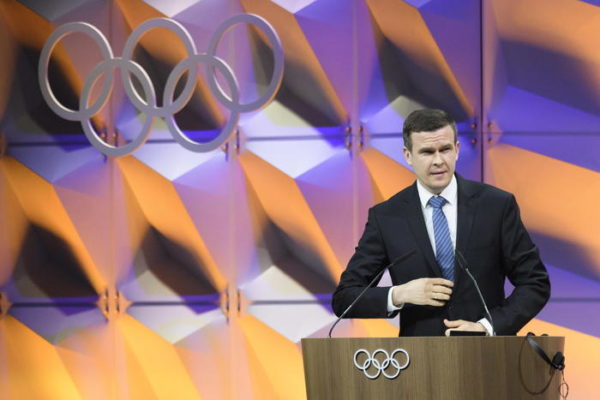 The matter is settled and the crisis averted. At least for the time being. The World Anti-Doping Agency (WADA) announced in a press release on Thursday 6 January that the United States had finally agreed to pay the balance of its annual contribution to WADA’s budget on time.

WADA’s biggest donor after the IOC, with an annual grant of 2.93 million dollars, the US government still owed a final instalment of 1.33 million dollars. But it had threatened on several occasions to suspend payment until the Montreal-based agency had begun the reforms desired by the American camp.

In the end, the tug-of-war will not take place. WADA reported that the balance of the US grant had been paid by December 31st. The second and final payment was approved by the White House Office of National Drug Control Policy (ONDCP), before going into WADA’s coffers.

“I welcome the decision by ONDCP to release the second tranche of its 2021 annual contribution to WADA,” said WADA President Witold Bańka (pictured above), quoted in a statement from the body. “It is a clear demonstration of support by the United States Government for WADA’s global collaborative mission for doping-free sport. My discussions with ONDCP Director Dr. Rahul Gupta at WADA’s Foundation Board meeting on November 25th were very positive, and his interventions at that meeting were very constructive. I look forward to ongoing collaboration with the US Government and all other public authorities around the world.”

WADA also took the opportunity to remind the public that its Foundation Board members unanimously approved the latest round of reforms to its governance structure at the November meeting. It provides for increased representation of athletes and national anti-doping organisations, as well as greater independence for WADA.

Is this the end of the story? On the surface, certainly. But the Americans have not given up on their desire to have a greater say in WADA’s governance and operations. They paid, of course. But they did so with an unequivocal message accompanying their bank transfer.

According to Associated Press, ONDCP director Rahul Gupta accompanied the payment of the balance of the US grant with a letter that again stressed US doubts about WADA’s operation. He also reportedly criticised the absence of the US from the Foundation Board and WADA’s Executive Committee.

“The more I learned about the distribution of seats from the American continent on the WADA Board, the more concerned I became about this sorry state of affairs,” Rahul Gupta wrote this week in a letter to Witold Bańka. In his letter, the ONDCP director describes as “problematic” the absence of the United States, “the world’s largest sporting country” and the largest contributor to the Olympic movement, from the Agency’s decision-making bodies. The United States has no representative on the Foundation Board for the first time since WADA was created in 2000.

The $2.93 million paid by the US in 2021 accounts for about 7.3% of WADA’s annual budget ($40 million). More importantly, it is half of the combined contribution of all countries in North and South America.

The payment made by the White House has the merit of avoiding a clash, less than a month before the Beijing Winter Games, but it does not resolve the root of the problem. Rahul Gupta clearly warned in his letter to Witold Bańka: the US government will continue to evaluate its role in WADA. Not only does it want to ensure that it plays a meaningful role in promoting clean sport, it also wants to influence how “US taxpayer funds are expended to address anti-doping issues”.