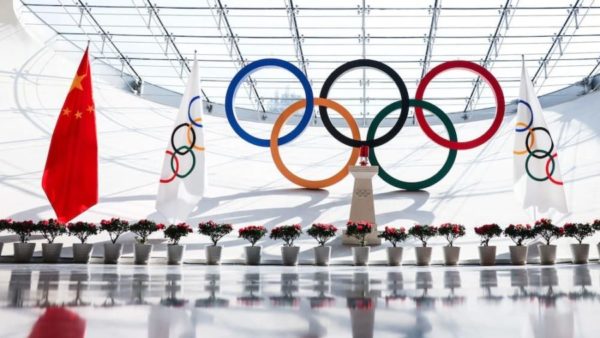 The Beijing 2022 Winter Games will take place. And they will be held on the scheduled dates (4 to 20 February). With 30 days to go, the question should no longer be asked. However, it was raised, discussed and debated on Wednesday 5 January during a lengthy online exchange between the IOC and the Organising Committee, the International Winter Sports Federations, the National Olympic Committees and athletes’ representatives.

Unsurprisingly, the official discourse of the IOC and the organisers did not change, despite the surge in cases of COVID-19 throughout the world. Juan Antonio Samaranch, the president of the Beijing 2022 Coordination Commission, repeated it once again, without getting tired of it: everything is ready in Beijing, the Games are on track, everything is going as planned. Great.

Christophe Dubi, the IOC’s Olympic Games Director, and Pierre Ducrey, the Olympic Games Operations Director, were also in agreement. Both men joined the online meeting from Beijing, where they arrived on Wednesday 5 January with their teams. The first of the two speakers assured us that the closed-circuit management system had begun to function and that the arrival procedures were running smoothly.

The IOC’s clarification that the Games would be held on the scheduled dates was clearly not superfluous. Swiss Olympic’s head of mission, Ralph Stöckli, emphasised this: “The question of a postponement is no longer an issue for all of us. We can now concentrate on our task: creating the best possible conditions for the Swiss delegation during the four weeks leading up to the opening ceremony.

The same Ralph Stöckli had not hidden his doubts the day before in an interview with the Swiss TV station RTS: “We really need to discuss the possibility of postponing the Olympic Games. If our best athletes are absent, then it will be very, very difficult to digest.”

So no more talk of a postponement, even in the corridors. But it will undoubtedly take a lot more to calm the fears and anxieties of future participants.

As Swiss Olympic points out in its press release: “The situation remains very demanding for Swiss Olympic and the other National Olympic Committees. It is very important that the conditions for qualification for the Olympic Winter Games and the trip to Beijing are as fair as possible, even in the current difficult circumstances. This applies, for example, to the period of time that participants have to wait after recovery from a coronavirus infection before they are allowed to travel to China. At the moment, this can take up to twelve days.

With less than a month to go before the opening ceremony, this prospect is frightening for many delegations. But the IOC’s medical and scientific director, Dr Richard Budgett, was also reassuring. While the rules will remain as set out in the playbooks, the IOC and the organisers promise that athletes and participants affected by the virus will be managed on a case-by-case basis.

Budgett explained that athletes would be able to compete in the Olympics even if they were contacts of someone who tested positive. A special protocol is in place for contact cases, including twice daily testing and special travel and meal arrangements.

Athletes and Games participants who test positive for COVID-19, but are asymptomatic, will be released from quarantine once they have submitted two negative PCR test results within 24 hours of each other. They will then be integrated into the contact case management system, i.e. tested twice a day, but allowed “to carry out their essential Games-related activities without being placed in isolation”. This will allow athletes to continue training and competing. Each case will be examined by a panel of medical experts made up of Chinese and foreign specialists.

For Thomas Bach, the Beijing 2022 Games are starting today. We must do everything possible to ensure that athletes are not deprived of their Olympic dream just a few days before their departure,” insisted the IOC President. The playbooks are not just a list of rules, they are already determining a way of life.