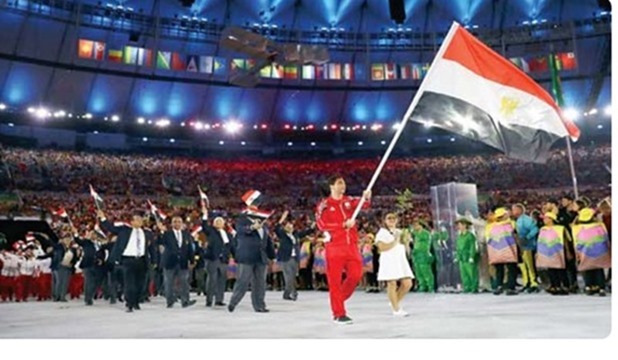 The IOC can rub its hands together: 2022 is off to a flying start in the bidding for the Olympic and Paralympic Games. A new country has just emerged from the woodwork. Surprise: it is African.

Egypt has announced through its Minister of Youth and Sport, Ashraf Sobhi, that the country is preparing a bid for the 2036 Summer Games. It aims to become the first nation on the African continent to host the event, but also the first country in the Arab world.

We are currently preparing an official application to send to the International Olympic Committee,” explained Ashraf Sobhi in an interview with Sky News Arabia. For now, we are making sure that all aspects are covered, in order to keep our chances high.”

At this stage, the Egyptians are proceeding with caution. But they have already placed a few pawns. The project would be built around a new multi-sport complex, located some 50 kilometres from the capital, Cairo. Currently under construction, it is to house at least one Olympic stadium, a competition pool and several indoor halls.

The Egyptian Minister of Sport said he had recently discussed such a bid with Mustapha Berraf, the President of the Association of African National Olympic Committees (ANOCA). The Algerian leader is said to have assured him of the continental organisation’s support.

Thomas Bach has never made a secret of his desire to see an African country bidding to host the Summer Games. The IOC President repeated this again at the end of last year in an online interview with a group of young PSIA reporters. But he mentioned the 2040 edition, suggesting that the 2036 deadline might be premature.

As a reminder, Senegal was awarded the right to host the first ever Olympic Games on African soil in Dakar, the Summer Youth Games. They were supposed to be held this year, but were postponed to 2026 due to the health crisis.

As the Egyptian minister’s statement shows, the Summer Games in 2036 are already the envy of many, with more than 14 years to go. But the situation remains unclear on the bidding front.

The awarding of the 2032 edition to the Australian city of Brisbane, made official last summer by the IOC session in Tokyo, has left a large number of disappointed bidders (India, Germany, Qatar, Indonesia, Hungary, Korea, Argentina) by the wayside. How many of them will make the effort to renew their interest in the 2036 edition? That is a mystery.

But several projects have emerged over the past few months, suggesting a more massive race than expected. Russia, in particular, has launched a call for candidates to designate a city to take part in the battle. Britain has floated the idea. Turkey, too. China would not be against it. Spain could try its luck if its project for winter 2030, supported by Barcelona and the Pyrenees, fails.

Faced with such potential competition, Egypt’s chances do not seem to be the highest today. But they could undoubtedly prove to be solid in the context of a two-speed strategy: a first attempt for 2036, followed by a stronger bid for the 2040 edition.

As a reminder, the last African bid dates back to the Summer Games in 2004. It was led by Cape Town, in South Africa. It kept the suspense alive until the third round of voting during the IOC’s elective session in 1997, before letting the victory be decided between Athens and Rome.