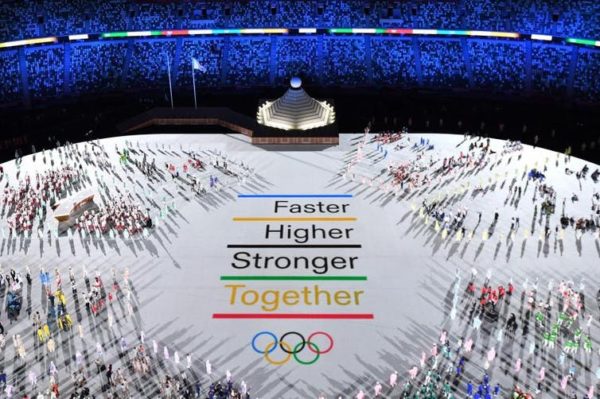 A solid year for the IOC. Presumed to be post-Olympic (and pre-Olympic for winter), and therefore rather calm and quiet, 2021 will be remembered by the Olympic movement. It will be a milestone. In more ways than one.

In the space of twelve months, the Olympic body invited the whole world to the first Games in history to be postponed by a year, it broke a new record by awarding an edition of its summer event eleven years before the deadline (Brisbane 2032), changed the Olympic motto by adding a word to it, and seized the e-sports phenomenon by organising the first Virtual Olympic Series, launched its online sales platform for merchandise from the Paris 2024, Milan-Cortina 2026 and Los Angeles 2028 Games, excluded North Korea from the Beijing 2022 Games, added surfing, climbing and skateboarding to the official programme of the LA 2028 Games, and finally temporarily removed modern pentathlon, boxing and weightlifting from the same programme. Strong.

Amongst the many decisions and initiatives, the GamesFrank 2021 jury chose one. Its nineteen members selected the new Olympic motto – Faster, Higher, Stronger – Together – as the IOC’s best idea for the year 2021. It received 42% of the votes.

The new motto was presented to the world for the first time at the opening ceremony of the Tokyo Games and was announced a few days earlier by Thomas Bach. The IOC President justified it by the need for solidarity in these difficult times, marked by the global health crisis.

We have to adapt the currency to our times,” explained Thomas Bach during the IOC session on the sidelines of the Tokyo Games. The collaborative effort brings faster and better results than working alone. This is an important step in our development and sends a clear signal. We want to put a special emphasis on solidarity.

The effort is commendable. But the choice of the new word, in the Latin version of the motto, did not go down well with the experts. The original motto, “Citius, Altius, Fortius”, adopted at the end of the 19th century by Pierre de Coubertin, the founder of the modern Games, has thus become “Citius, Altius, Fortius – Communiter” in the Latin version posted by the IOC. A heresy, according to the most advanced Latinists.

Mario De Nonno, a professor at the University of Rome, explained it to the Italian website LabParlamento: “It’s completely absurd. “‘Communiter’ means ‘in common’, in the sense of material sharing or distribution. That might be fine from a morphological point of view, but it is not appropriate from a semantic point of view.”

Last spring, the IOC had first proposed “Communis”, before leaning towards “Communiter”. But its initial choice was not appropriate either. Ombeline Orlowski, a classics teacher in the Paris region, explained to FranceInfo: “The adjectives ‘citius, altius, fortius’ are in the neuter singular form, but in the Olympic motto they take on an adverbial form, with a comparative of superiority. “Communis’ is an adjective. Above all, it means universal, accessible to all, public.

Has the IOC lost its Latin? No problem. Its new motto seems to have hit the mark. Mea culpa.