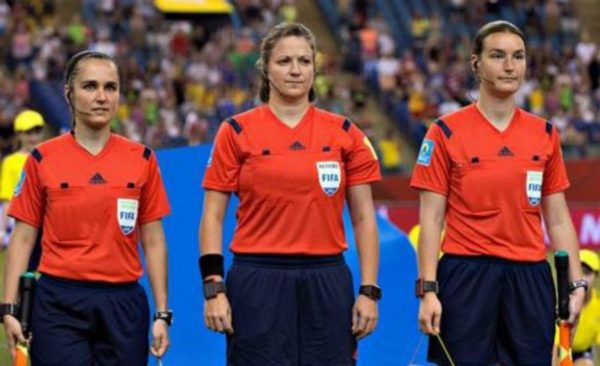 The Tokyo Games were able to unfold their decor and offer “a light at the end of the tunnel”. But the year 2021 will remain, like the previous one, dominated by postponements and cancellations, constraints and uncertainties. The athletes paid the price. The institutions shook. The sports movement was shaken. And the referees?

At the end of a year in which judges and technical officials have not been spared, FrancsJeux interviewed Patrick Vajda, President of the IFSO (International Federation For Sports Officials). His analysis is not very optimistic.

FrancsJeux: What is the outcome of the year 2021 in terms of refereeing?

Patrick Vajda: Data is not always easy to collect and therefore to analyse. But one thing is certain: the health crisis has had a devastating effect on the number of referees and judges. Before the start of the pandemic, the curve was rising, especially for women. But the cessation of competitions and the successive confinements nipped this progression in the bud. Women slowed down or stopped their activity. Many have not resumed and may never do so. In France, the drop in membership reaches 25 to 30% on average, men and women combined, with a few extra points for women.

Can we fear that the sports movement will soon lack judges and referees?

The impact will not be seen immediately at the highest level. The phenomenon mainly affects the lower categories, departmental and regional, and even national. Professional refereeing is not affected. Not yet. But in the long term, it will be too. The base will shrink. In the next three or four years, the sports movement will lack referees and judges. The general level will therefore drop. It is difficult to know the exact situation at the international level, as few countries have accurate statistics. But with sporting activity halted or severely curtailed around the world, it is likely that the phenomenon will affect the sporting movement worldwide.

Did the Tokyo Games suffer, in terms of refereeing and judging, from the health conditions?

I was concerned about this before the event started. At the Olympics, the pressure is so great that judges and referees need to wash their heads after a day of officiating. They need to breathe and recharge their batteries. In Tokyo, the conditions did not allow this. People lived in a closed circle, metro-busy-sleep. But the refereeing did not suffer. Overall, it was good. Even in boxing, where some of the world’s best referees had been dismissed after the scandal at the Rio 2016 Games, the level was good. The refereeing mistakes were more the result of the inexperience of some judges than a desire to manipulate the fights. However, referees in all sports came back from the Tokyo Games with a high level of nervousness, as they had been connected to refereeing 24 hours a day.

Did the closed-door situation affect the refereeing?

It all depends on the character of the referee and his resistance to pressure. Some referees have found it to their advantage. For others, the absence of the public was perceived as a lack. These referees need the presence of the spectators because it pushes them to be the best.

When it comes to assessing the situation, it is difficult not to remember the numerous recent incidents in football, particularly in the French Ligue 1…

The phenomenon is worrying. The number of serious incidents is on the rise, with disastrous consequences, such as the stoppage of a match. It is up to the referee to decide if the problem has occurred inside the stadium, but a referee should not be in the position of having to decide to stop a match, because such a decision puts everyone at risk: the players, the referees, the spectators… Professional referees are trained to make the decision to stop a match, but it is still a complex and very delicate one. The public is becoming more and more insane, which is a very worrying trend. It remains to be seen whether this is a new phenomenon, or whether the excessive attitude of spectators is linked to the health crisis and the return to the stadiums after a long period of deprivation of the sporting spectacle.

What can we expect at the 2022 Winter Games in Beijing?

The situation for referees is likely to be very similar to that experienced last summer at the Tokyo Games. In some disciplines, judges and officials were deprived of competitions for several months. However, the “gap” was no greater than for the disciplines at the Summer Games. The conditions at the Beijing Games will also be comparable to those in Japan. The facts showed that the referees were able to overcome them. I am more concerned, and saddened, by the cancellation of the 2021 Winter Universiade in Lucerne. The university event has often served as a testing ground for aspiring judges and referees before they take the plunge into the international arena or even officiate at the Olympic Games. The cancellation of the 2021 edition of this unique event is a great loss.