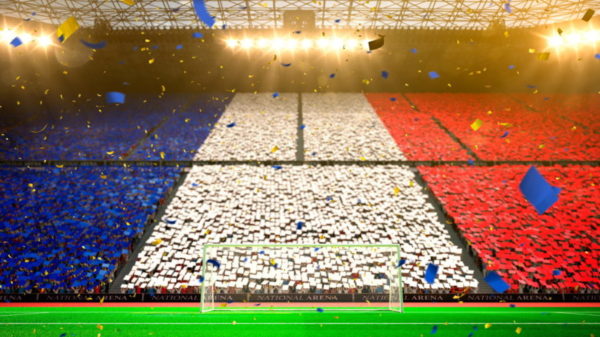 The timing is not a coincidence. As the Paris 2024 OCOG passes the 1,000-day mark before the start of the Games, both Olympic and Paralympic, France is putting its international sports strategy back in order. With one objective: not to suffer from a post-Olympic depression after Paris 2024.

The launch of the rocket is scheduled for Tuesday 7 December in Dubai, as part of the Universal Exhibition. A delegation of 16 people, from the sports movement, the State and the economic world, is going to the United Arab Emirates as part of a Team France Export trip. It will unveil the French vision in terms of “sport power”.

Why? How? Where? With whom? FrancsJeux lifts the veil on France’s new strategy to continue to have an impact on the international sports movement.

The calendar. Appearances may have suggested otherwise, but France did not stop thinking big after the awarding of the Games to Paris in 2024, decided in Lima in September 2017. Certainly, the goal was achieved. The CFSI (Comité français du sport international), a structure created before the bidding phase even began to prepare the ground for a victory for the Paris project, was put on hold. But the reflection continued. A summary note, prepared by the CNOSF and the DIGES (Interministerial Delegation for Major Sports Events), was written in 2019. It outlined the strategy to be followed by 2030. The rest of the timetable was disrupted by the COVID-19 pandemic. The health crisis slowed down the process for a while. But in November 2020, the arrival of Karim Hérida at the DIGES helped to restart the process. A report signed by Michel Cadot, the inter-ministerial delegate for the Olympic and Paralympic Games, was submitted on 26 July to Jean-Michel Blanquer, the Minister of Education, Youth and Sport, and Roxana Maracineanu, the Minister for Sport. It detailed the axes to be followed and the avenues to be explored in order to strengthen the French presence and influence in international sport until the Paris 2024 Games, and even more so afterwards.

The context. It has probably never been so buoyant. Since Paris won the race for the 2024 Games, France has gained two new presidents of an international federation of an Olympic sport: David Lappartient, elected head of the International Cycling Union (UCI), and Luc Tardif, the new president of the International Ice Hockey Federation (IIHF). With Jean-Christophe Rolland, recently re-elected for a third term as President of World Rowing, there are now three. At the last count, more than 80 French people hold official positions (elected or salaried) in international sports bodies. Their number could double by the time of the Paris 2024 Games. In 2022, France will host around thirty major events on the European or world calendar. It will host at least as many the following year, including the Men’s Rugby World Cup and the World Alpine Skiing Championships in Courchevel and Méribel. “The eyes of the world are on France,” suggests someone close to the matter. A legacy of the Paris 2024 Games, even before the first Olympic events.

How it works. In its time, the CFSI was a structure, hosted by the CNOSF, chaired by Bernard Lapasset, the president of the Paris 2024 bid committee. The new arm of the French strategy, whose name will be unveiled on Tuesday 7 December in Dubai, will function more like an “exchange hub”. It should not be headed by an identified personality, at least initially. Its mission will be to bring together and coordinate all the players in the game: the sports movement, the State, diplomacy and the economic world. Led by the DIGES, it will operate in a very flexible and federative way, around a common roadmap.

The objectives. The report submitted last July to Jean-Michel Blanquer and Roxana Maracineanu contained 16 recommendations. The new French strategy for international sport takes up the bulk of them. These include, in bulk, a reinforcement of the support for French leaders with the ambition to make a career on the international scene, via a HPI (High Potential International) scheme; the hosting of general assemblies and executive offices of European and world sports bodies as of next year; the identification of a privileged location in Paris for hosting meetings of international sports bodies; the opening of a French representation in Lausanne; and the support of local authorities applying to host foreign delegations before the Paris 2024 Games. Another issue, not the least, is to identify at least one major world event, unifying and ideally multi-sport, for which to submit a bid by 2030. The process of reflection has begun, but is not yet complete.