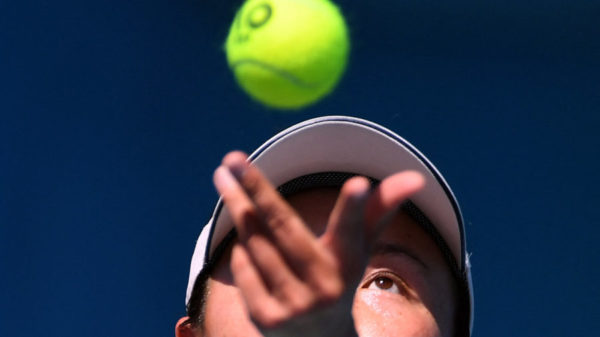 What role does the IOC play? After being the first and only foreign organisation to be able to speak to Chinese player Peng Shuai since her revelations of sexual assault, the Olympic body repeated the process on Wednesday 1 December. A second scoop, in short. But in both cases, its position raises questions and criticism.

The IOC revealed this on Thursday 2 December in a very sober statement: one of its teams had a second video exchange with Peng Shuai. It took place on Wednesday 1 December. It follows on from the thirty-minute conversation between Thomas Bach and the Chinese player, which took place via video conference on 21 November.

Unlike the first exchange, which was widely covered by the media and illustrated by an image of the meeting, the IOC did not take the slightest photo of this second call. The press release issued by the Olympic body does not contain a quote from the former world number one in doubles either.

But the rest reveals the same failings. No mention of the tennis player’s allegations of sexual assault against a senior Chinese Communist Party official, Zhang Gaoli. No details on how the exchange was organised. Finally, there was no question whatsoever about Peng Shuai’s current situation and the likely pressure exerted by the Chinese authorities.

In its statement, the IOC explains that the exchange organised on Wednesday 1 December “reconfirms” that the young woman “appears to be safe and in good health.” The IOC also explained that a face-to-face meeting is “already agreed in January.” It should be held in China, before the start of the Beijing Games, after Thomas Bach’s arrival in the country.

Not enough? No doubt. All observers point to the fact that the IOC’s attitude contrasts sharply with the much firmer stance taken by the WTA. The Women’s Professional Tennis Association announced this week, through its president and executive director, Steve Simon, its decision to suspend all its tournaments planned in China in 2022.

Unlike the WTA, whose firmness in dealing with China is unanimously praised, the IOC has been under fire since its first video exchange with Peng Shuai. Several human rights organisations accuse the IOC of playing into the hands of the Beijing regime, and even of being an accomplice.

The Olympic body responded in its own smooth and hushed way in a statement on Thursday 2 December. There are different ways to ensure his well-being and safety,” the IOC suggested. In her situation, we have taken a very human and person-centred approach. As a three-time Olympian, the IOC is addressing these concerns directly with Chinese sports organisations. We are choosing quiet diplomacy which, given the circumstances and based on the experience of governments and other organisations, is indicated as the most sensible way to proceed effectively with such issues.”

“Quiet diplomacy”, as opposed to the fist-on-the-table policy chosen by the WTA. Two different approaches. It remains to be seen whether, as the IOC claims, the first of the two will be the more sensible and effective.