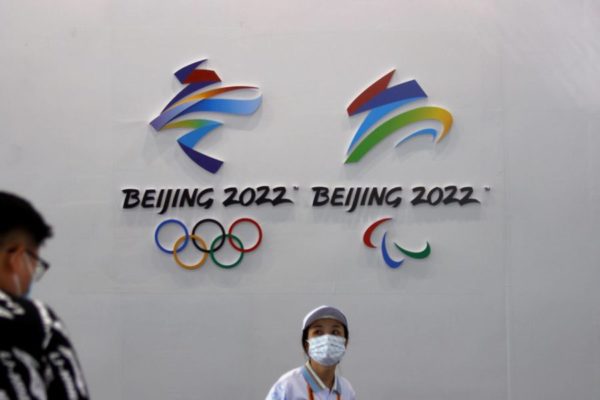 The new Omicron variant has already had its way with the 2021 Winter Universiade in Lucerne. Will it also bring the 2022 Beijing Games to its knees?

The question is on everyone’s lips. But the Chinese want to reassure us. As early as Tuesday 30 November, 66 days before the opening, they sought to nip in the bud any fears of a postponement or cancellation of the event.

A spokesman for the Chinese Foreign Ministry used a press conference to settle the issue. It will certainly bring some challenges in terms of fighting the epidemic,” acknowledged Zhao Lijian. But China has experience in this area. And I am fully confident that the Winter Games will go ahead as planned without any problems.

The same is true of a less official camp, that of the scientists. According to Xu Wenbo, a virus specialist at the Chinese Centre for Disease Control and Prevention, “China has done the right thing in terms of technological preparation for the Omicron variant. We have many options that have been launched, with inactivated vaccines, recombinant protein vaccines and viral vector vaccines in the early stages of research.”

The message is clear: the new wave of the COVID-19 pandemic will not jeopardise the Beijing Games. But the Chinese make no secret of the fact that the Omicron variant is a new challenge for the organisers. It is taken very seriously. And it will undoubtedly lead them to further strengthen the sanitary measures, which have already been presented as much stricter than those put in place by the Japanese for the Tokyo Games.

But how? The answer will be provided by the second version of the “playbooks” published by the organising committee. It has been announced for the coming days, certainly before the end of the year.

At this stage of preparation, the Chinese have already warned that vaccination will be compulsory for all accredited participants, on pain of being subjected to a 21-day quarantine. They have also explained that all participants in the Winter Games (athletes, coaches, officials, media, etc.) will live in a hermetically sealed sanitary bubble from the first to the last day of their presence in China.

The rest looks to be the same. Transport, in particular. The organising committee published a travel guide last month, detailing the conditions for access to China. It says it all. Arrival in the country will only be possible via Beijing International Airport. Only “temporary” flights from a dozen cities around the world will be allowed to carry accredited persons to the 2022 Games. The list includes only one airport in Africa (Addis Ababa), but none in the Americas. Not one in Oceania either. Participants in the Games from a country not on the list must therefore make a stopover at one of the 11 airports authorised by the Chinese authorities before reaching Beijing.

The same regime will be applied in the health bubbles. Testimonies from athletes who have travelled to China in the last few weeks for pre-Olympic events, all agree in describing an obsession of Chinese organisers to prevent any contact with the outside world and to disinfect everything that can be disinfected.

According to a recent study by Peking University, any laxity in sanitary protocol would have devastating effects in China. By adopting a more flexible strategy to deal with the threat of COVID-19 and its variants, comparable for example to the one implemented in the United States, China would face a surge in the pandemic. Experts have done their sums: the country could end up with more than 600,000 cases of coronavirus per day.