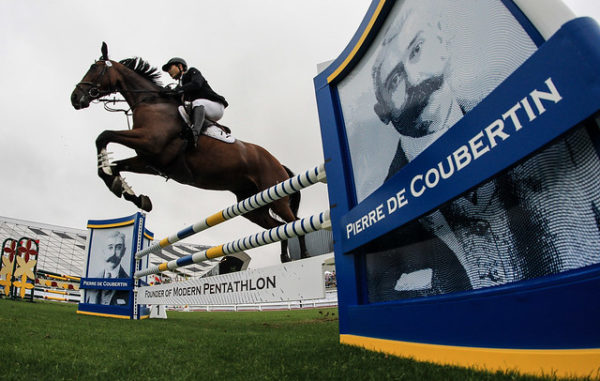 The crisis is over. But it made a lot of noise and could leave its mark. Meeting in Monaco for a virtual elective congress, the International Union of Modern Pentathlon (UIPM) ratified, on Sunday 28 November, the decision of its executive committee to remove equestrian events from the discipline’s programme. It also re-elected Germany’s Klaus Schormann as president of the body for a new four-year term – the eighth in a row.

In the words of the UIPM, the 71st Congress “will go down in history”. It certainly will. But its historic character is due more to the context than to its results. It was preceded by a period of controversy and dissension rarely experienced in the long history of modern pentathlon. Several weeks during which the governance of the body was attacked by the athletes and by several international federations, the former going so far as to demand the resignation of the executive committee.

After such a period of upheaval, the Congress was expected to be stormy. Surprisingly, it produced results that showed a broad consensus.

Klaus Schormann was the only candidate for re-election and was re-elected for a further four years. He will therefore lead the UIPM until 2024, i.e. for at least 31 years, having taken the reins for the first time in 1993. So far, nothing very unexpected. But the score achieved by the German leader may surprise: Klaus Schormann obtained 85.71% of the votes. Strong.

The four current vice-presidents, Joël Bouzou from France, Juan Antonio Samaranch from Spain, Viacheslav Aminov from Russia and Juan Manzo Orañegui from Mexico, were also re-elected for a new term. The Egyptian Sharif Elerian will now join them in the same position on the Executive Committee. Juan Antonio Samaranch obtained more than 90% of the votes of the delegates, proof that the storm has been extinguished by the team in place.

Another hot topic, and another consensus: the withdrawal of horse riding from the modern pentathlon programme. The issue should have divided the discipline’s community, following calls earlier in the month from a large group of past and present athletes against such a change. In the end, the decision did not make a dent. By a clear margin of 81%, the UIPM Congress voted to abolish show jumping from the Los Angeles Games in 2028.

The international body explains: “The ratification of the congress allows the stakeholders to continue the consultation process on the 5th discipline with the official support of the world community.”

What happens next is still unclear. The UIPM says it has submitted a “provisional proposal” to the IOC Programme Commission ahead of its meeting on 1 December. But it did not reveal the nature of the proposal. A mystery. All it says is that, once the consultation is over, the final choice of the 5th sport will be made by the Congress. The Congress will be called upon to vote next year at this time.

Klaus Schormann’s reaction: “The strong majority in favour of this decision confirms that the UIPM Executive Committee acted in the interest of the modern pentathlon family. The debate was fair, open and very clear.

Juan Antonio Samaranch said the same thing, with a few nuances: “We are at a decisive moment for the modern pentathlon. In the past, we have organised our defence on the basis of tradition. But the world has changed radically – we have entered a digital age where everything is measurable. In such a context, it is not good to go to the IOC with only emotions and traditions.

The storm has passed. It now remains for the UIPM and its governance to find a fifth sport capable of meeting all the criteria: inexpensive, accessible, without major logistics, modern and spectacular, but also compatible with the new format of the modern pentathlon at the Olympic Games (all events contested in 90 minutes). Not easy. The rest, its validation by the congress of the body, does not seem to be the most complicated.