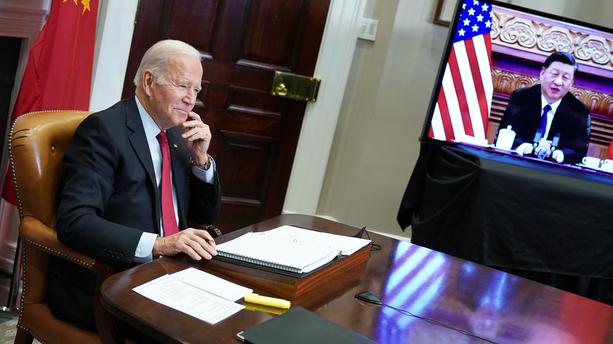 The threat was in the air. Now it is becoming clear. According to the Washington Post, the United States may decide to boycott the Beijing 2022 Winter Games. A purely diplomatic boycott, with no direct consequences for the athletes of Team USA.

Revealed by Josh Rogin, a columnist for the American daily newspaper, the news is not official. It could well remain in the realm of speculation until the end of November. A recommendation for a diplomatic boycott of the Beijing 2022 Games has reportedly been presented to Joe Bien by his advisors. The White House occupant has not yet formally approved it, but his decision is almost made. It should be announced in the next two weeks. The United States would then inform its allies, inviting them to make their own decision.

In practice, a diplomatic boycott of the Beijing Games would mean the absence of an official US delegation, especially at the opening ceremony. Joe Biden would not make the trip. His administration would not be represented. The athletes, however, would be able to participate in the competitions without any hindrance. They would also parade, as planned, on Friday 4 February at the Olympic Stadium in Beijing.

Coincidentally, the information was revealed only a few hours after the summit, organised virtually, between Joe Biden and Xi Jinping (photo above). The American president and his Chinese counterpart had a long meeting on Monday 15 November. According to a White House spokesman, the two men did not discuss the Beijing 2022 Games. Xi Jinping was supposed to use the summit to officially invite Joe Biden to attend the Winter Games.

Will Joe Biden go through with it? Probably. Since taking office, the Democratic president has maintained the course set by his predecessor in the White House on the China issue. He has condemned the repression exercised by the Beijing regime against the Muslim Uyghur population, describing it as genocide. He also took a stand against the attacks on democracy in Hong Kong and the repression in Tibet.

In the United States, the threat of a sports boycott of the Beijing 2022 Games, which was brandished for a time by certain elected officials, now seems to have been definitively removed. The National Olympic and Paralympic Committee (USOPC) has criticised it on several occasions, through its president, Susanne Lyons. The diplomatic weapon is now preferred.

It is even unanimously supported by the Democrats and Republicans. Both camps have called on Joe Biden to use it on the occasion of the 2022 Beijing Games. Leading the charge is Republican Senator Mitt Romney, an expert on Olympic issues and former chairman of the Salt Lake City Organising Committee for the 2002 Winter Games.

Mitt Romney was quick to react to the Washington Post’s information. It is unacceptable that China can host the Olympics while the CCP (Chinese Communist Party) commits genocide against the Uighurs,” he wrote on his Twitter account. I have long advocated for a diplomatic boycott of the Beijing Games and hope the administration will send a strong message to the CCP, without punishing American athletes.” The wheels are in motion.