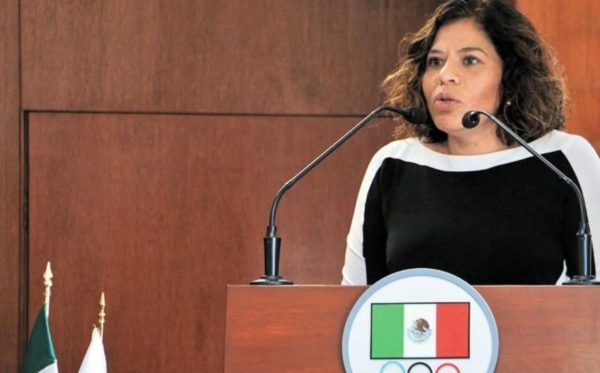 The year 2021 will not only be marked, in the Olympic movement, by the organization of the first Summer Games postponed for twelve months. At the time of the assessment, a phenomenon could well occult all the rest: the arrival in force of the women at the head of the Olympic national committees.

On Thursday, November 11, Mexico experienced a day that will go down in history. María José Alcalá (photo above), 49, a former diver selected four times in the Summer Games between Seoul 1988 and Sydney 2000, was elected president of the National Olympic Committee. A first in the 98 years of existence of the body.

The victory of María José Alcalá was frank and without nuance. At the head of a list entitled “Voy por México”, she obtained 87 votes, against 46 ballots for her rival, also female, Norma Olivia González. She will succeed Carlos Padilla Becerra, president of the Mexican Olympic Committee for nine years.

The result is historical for the Mexican sport, but not only in its result. For the first time, two women were fighting for the presidency. For the first time, also, the election was held by secret ballot, and not by show of hands. The election was held in the presence of a witness sent by the IOC, Peré Miró, the IOC’s deputy director general, who was invited by the Mexican leaders to supervise the electoral process and attest to its transparency.

Coincidentally, the victory of the former Mexican diver came in the same week that another woman made history in the Olympic movement in her country. The former judoka Yael Arad, 54 years old, the first Olympic medalist since the creation of the State of Israel (she won the silver medal in the category of 61 kg at the Barcelona Games in 1992), became on Sunday, November 7, the first president of the Israeli National Olympic Committee. She was the only candidate in the running for the top job.

This double victory of women in national Olympic committees is not anecdotal. It confirms a trend revealed in France, with the success last June of Brigitte Henriques in the race for the presidency of the National Olympic and Sports Committee (CNOSF). Vice-president of the French Football Federation (FFF) and a former international player, she won the first round of voting with 57.87% of the votes cast against three other candidates: Thierry Rey (19.26%), Emmanuelle Bonnet-Oulaldj (16.05%), and Patrice Martin (6.82%).

As in Mexico and Israel, the victory of Brigitte Henriques as President of the CNOSF was historic. The three elections confirm a strong trend in the Olympic movement: women are no longer sitting on the sidelines, they are trying their luck. Above all, they are winning.

Can the phenomenon grow thicker? Likely. The recent election to the CNOSF, where two of the four candidates were women, showed that female sports leaders were no longer reluctant to enter the battle. The trend will not be reversed.

In Germany, the former fencer Claudia Bokel, former president of the IOC Athletes’ Commission, will run for the presidency of the National Olympic Committee (DOSB) next month. She is not the favorite, but her victory would be part of the course of history