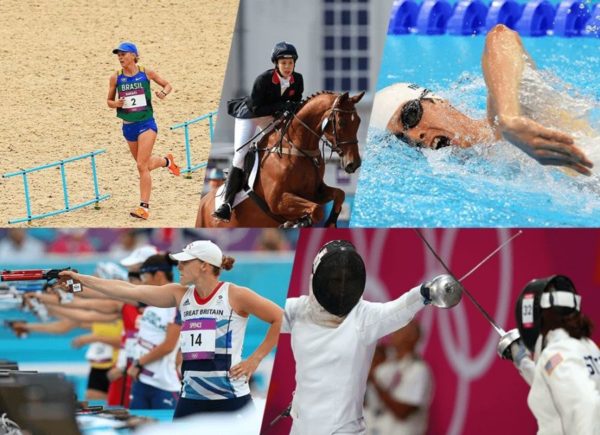 Difficult to predict. Since the beginning of the month, the modern pentathlon has been in the news almost daily in the international sports movement. Its leaders could have done without it, especially a few weeks before an elective congress. But the matter escapes them.

On Monday, November 8, the International Union of Modern Pentathlon (UIPM) issued a new communiqué. One more. The authority based in Monaco explains that it wants to “clarify” a situation that is more and more confusing. The text returns on the information given by some media, suggesting that the choice of the discipline of replacement of the equitation, from the Games of Los Angeles 2028, would be already decided, for lack of being known.

The media in question were based on an intervention of Klaus Schormann, the president of the UIPM, in a sports broadcast in Germany, where he explained that the jumping would not be replaced by the cycling but by another discipline. “It won’t be cycling. But I’m not going to reveal what it will be yet,” the German leader was quoted as saying by sportschau.de.

“Inexact,” the UIPM insists today in its statement. “The consultation process is open, and I would like to make it clear that no decision regarding the fifth discipline has been made,” Klaus Schormann says in the document published by the body. We have received many good ideas and proposals from our community, which demonstrates the opportunity we have to create a new era for our Olympic sport. All proposals will be evaluated by the consultation group and then by a dedicated working group.”

So the games would not be played. So be it. But the discontent is growing, especially among athletes. More than six hundred current and former athletes, including the Olympic champions at the Tokyo 2020 Games (the British Joseph Choong and Kate French), have co-signed a letter of no confidence in the UIPM. They demanded the departure of its president, Klaus Schormann, and the executive committee.

Faced with the rebellion, the body is trying to appease. In its latest press release, published on Monday 8 November, it announced the organization of a vast video consultation, on Friday 12 November, where athletes will have the opportunity to dialogue in virtual mode with the members of the executive committee. All competitors who participated in UIPM-stamped events during the last Olympiad (2017-2021) are invited. The online meeting “aims to open the dialogue on the consultation process, in order to provide more information on the decision of the Executive Committee”, says the statement.

Enough to bring calm to the house? Not sure. With less than three weeks to go before the UIPM Congress, scheduled for November 27 and 28, uncertainty is setting in about the future of the current team. Klaus Schormann, president of the body for the past 28 years, was preparing for a quiet re-election without suspense. He is the only candidate for the top job. But the current climate could change the situation, weakening his position.

The main thing remains: the new face of modern pentathlon after the Paris 2024 Games. As cycling is no longer an option, the consultation opened by the UIPM will have to give birth to another substitute discipline. But the choice looks complex, the authority having established numerous criteria and difficult to reconcile.

Questioned by France Info, Joël Bouzou, the vice-president of the UIPM, gave some tracks. “Why not something with obstacles, suggested the Frenchman, world champion in 1987. In any case, a discipline that is not only physical and not too energetic. There is already running and swimming for that.”

Not too physical nor very expensive. Accessible and spectacular. Transportable when traveling and compatible with the current competition format. Appealing to young people. Economical in terms of equipment and logistics… The UIPM will not only have to consult and appease its troops. It will also have to show some genius.