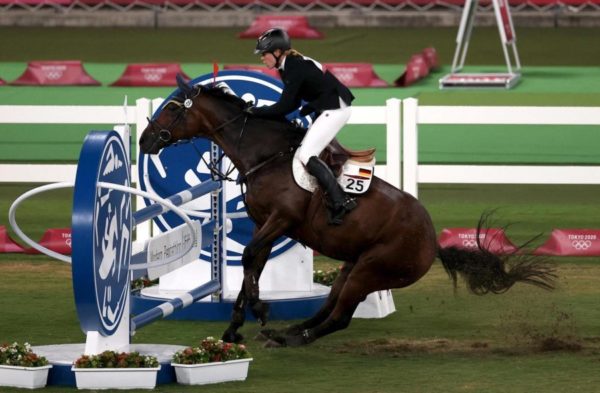 A small revolution. Nothing less. According to some British media, including the Guardian and the site InsidetheGames, the modern pentathlon will change radically after the Paris 2024 Games. One of its five disciplines will disappear from the landscape. Not the least, since it is about the equitation, inherited from the origins of a sport imagined at the time of the ancient Greece to gather the qualities of the ideal soldier.

According to a source “close to the case”, the executive committee of the International Union of Modern Pentathlon (UIPM) would have voted this week, during a meeting presented as “secret”, for the suppression of the jumping event. It could be replaced by cycling.

The information was then confirmed by the international body. Florent Boas, its head of media operations, and Joël Bouzou, one of its vice-presidents, assured that horseback riding would soon no longer be part of the modern pentathlon program. But the arrival of cycling as a substitute sport is not yet a given.

The UIPM issued a press release on Tuesday, November 2, detailing the progress of its thinking. “As part of UIPM’s commitment to maintaining a strong and dynamic profile for modern pentathlon, a series of strategic meetings are currently being conducted,” the document said. These meetings include an upcoming exchange this week with national federations. The results will be detailed in a press release to be issued on November 4.”

Has equestrianism paid a high price for the Tokyo 2020 Games affair, where the coach of Germany’s Annika Schleu, who was in the lead before the show jumping, had encouraged the athlete to hit her horse? The timing of the decision of the UIPM Executive Committee suggests so. Relayed by social networks, the images of the incident made a lot of noise. Kim Raisner, the trainer, and Annika Schleu, have been accused of cruelty by the German Association for Animal Protection.

The UIPM Disciplinary Commission then found Kim Raisner guilty of violating Article 4.6.8, which states that an athlete or team must be disqualified if they hit or abuse a horse. At the same time, an ad hoc committee of the body has been convened to submit recommendations to the executive committee before the next annual congress, scheduled for the end of November.

Joël Bouzou explained to L’Equipe that the decision to remove horseback riding from the modern pentathlon program has nothing to do with the Tokyo Games incident. “Equestrianism is an obstacle to the development of our sport, whether in terms of practice or costs, explained the Frenchman, world champion in 1987. We had begun a reflection on this subject in 2018.”

Since then, the UIPM has spared no effort to modernize its discipline. For a long time, the event was held over several days, but since the Atlanta Games in 1996, it has been concentrated on a single day. Since 2009, shooting and running have been combined in a single event, contested in the manner of a pursuit. At the Games of Paris 2024, the format will be further tightened, the Olympic competition should be held entirely in 90 minutes and compete on a single site.

The announced disappearance of the equitation, after the Games of Paris 2024, should not make him big harm. The principle of drawing lots for the horses, very random even at the highest level, has sometimes had the effect of distorting the result. The choice of a substitute sport is complex, but it could bring a new youth to the modern pentathlon.