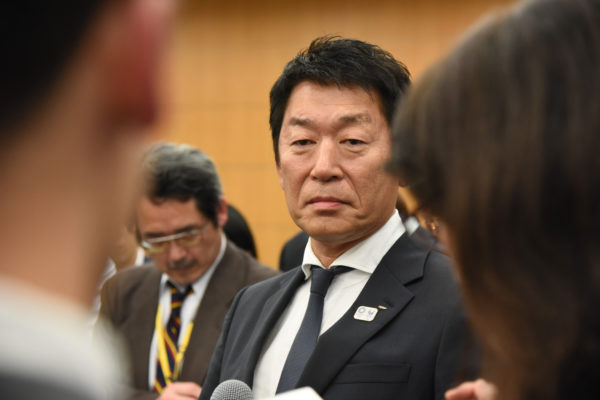 The democratic exercise takes a strange turn in the Olympic movement. The host cities of the Games are chosen without any calendar or electoral process. And the presidential elections in the international bodies are most often a plebiscite written in advance, with a single candidate standing before the voters.

A handful of international federations must go to the polls in the next few weeks to choose a president. With one exception, the result is already known. Only one candidate. No competition. Zero suspense.

On Saturday, November 6, Jean-Christophe Rolland will be re-elected for a third term as president of the International Rowing Federation (World Rowing). The Frenchman is the only candidate for the top job. He will reapply for four new years, with the certainty of leading the discipline to the Paris 2024 Games.

Elected for the first time in 2013, Jean-Christophe Rolland had then beaten two rivals, the Canadian Trica Smith and the Australian John Boultbee, to succeed the Swiss Denis Oswald as president of the body, then named FISA. Since then, he was re-elected unopposed in 2017 for a second term. On Saturday, November 6, his re-election will take place in the same serene atmosphere.

Three weeks later, the International Fencing Federation (FIE) will live in turn an elective congress where the scenario is known before its opening. The Russian billionaire Alisher Usmanov, 68 years old, will be re-elected in Lausanne for a fourth mandate. He too is the only candidate. A habit. Alisher Usmanov won in 2008 in an election where he faced the incumbent, the Frenchman René Roch, and has since stifled the competition. He was re-elected unopposed in 2012 and again in 2016. With a new four-year mandate secured in advance, the Russian is guaranteed to preside over the FIE for a minimum of 17 years.

More surprising is the case of the International Table Tennis Federation (ITTF). Its current president, the German Thomas Weikert, has chosen to put his thumbs down. Contested within his own executive committee, outvoted and deprived of his decision-making power, he is giving up. He will not seek a new mandate at the elective general assembly, scheduled on the sidelines of the individual World Championships in Houston (USA), to be held from 23 to 29 November 2021.

The withdrawal of the incumbent should, logically, arouse vocations. It frees the field. It opens up the field of possibilities. However, surprise, the election to the presidency of the ITTF is a foregone conclusion. The list of candidates is limited to one name: Petra Sörling from Sweden. In the absence of competition, she will become at the end of the month the first woman to preside over the ITTF since its creation. She will join Spain’s Marisol Casado (triathlon) and another Swede, Annika Sörenstam (golf), in the very closed circle of women presidents of an international federation of a summer Olympic sport.

The only exception to this long series of plebiscites is the International Gymnastics Federation (FIG). The presidential election, scheduled for Saturday, November 6 in Antalya, Turkey, will be fought between two men. In the camp of the outgoing, announced favorite, the Japanese Morinari Watanabe (photo above). He is running for a second term. Opposite, in the challenger’s corner, the Azerbaijani Farid Gayibov. Anything but a stooge, since he presides over the European Gymnastics Confederation.

The elective congress of the FIG should have been held in October 2020. But it has been postponed by one year because of the health crisis. Morinari Watanabe, who is also an IOC member (he was in charge of the task force in charge of organizing the qualifications and the boxing tournament of the Tokyo Games after the suspension of AIBA), has therefore gained a year of mandate.

In both cases, the outgoing president was not standing for re-election: Gian Franco Kasper at the FIS and René Fasel at the IIHF. In both cases, the candidates have been jostling for the door. Four candidates for the presidency of the FIS, five to lead the IIHF. The victory of the Swede Johan Eliasch at the head of skiing was expected, that of the Frenchman Luc Tardif at the head of ice hockey was a little less. The voters have decided. At least they had a choice.