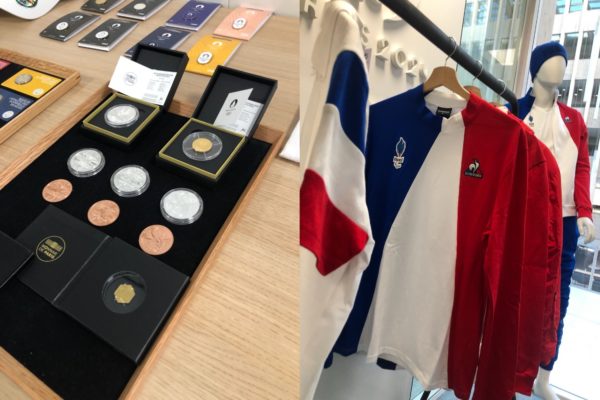 The number is impressive. Massive. According to the estimates of the organizing committee, the sale of derivative products stamped Paris 2024 could generate a turnover of 2 billion euros. It has only just begun. But it is already historic.

Two billion, therefore. To less than three years of the event, while the Olympic movement has just finished of it of an edition of the Games to closed (Tokyo 2020), and prepares to live another in the presence of the public still very uncertain (Beijing 2022), the figure can seem very optimistic. It is. But the Parisian organizers did not pull it out of their hat.

Edouard Bardon, the delegated director of licensing of the OCOG, explains it by taking out his calculator: “According to a study which we carried out, 10 million people are interested today in the purchase of derivative products of the Games of Paris 2024. They anticipate an average expenditure of 50 euros. We would thus be already in 500 million euro of sales, in three years of the event. But we want to go further. Our ambition is to multiply this figure by four. Two billion euros. Presented like this, the result seems less fanciful.

Precision of importance: such a result, comparable according to Edouard Bardon to that recorded in the Games of London 2012, will not enter in totality in the coffers of the OCOG. The organizing committee opted for subcontracting. It will not sell anything, or almost nothing, directly to consumers. The licenses will be awarded to brands, signs or operators of temporary stores. The OCOG will take a commission, between 10 and 15% depending on the case. Its revenues, estimated at 5% of the sales price of the products, could reach a hundred million euros.

So much for the figures. The means, now. The OCOG announces it while rolling of the mechanics: its program of derived products will be “historic.”  Edouard Bardon insists: “Never has a program of such ambition been realized at the Olympic Games. We want to be present in all sectors of distribution. We will distribute our products in the widest and most accessible way possible.

The OCOG does not hide it: it does not prohibit itself anything. Its range of derivative products should include about 10,000 items. It will offer the usual Olympic souvenirs (textiles, shoes, luggage, glasses, plush toys, pins, coins, etc.). But it will go further, by exploring the sectors of the game, the edition, the stationery, the decoration of the house, the outdoor, the collections… “We have no limits”, assures Edouard Bardon.

The official mascot of the Paris 2024 Games alone should take care of most of the work. Unveiled in the autumn 2022, then distributed as of next autumn, its version in plush could, according to the estimates of the OCOG, to be sold to more than 2 million specimens. For the Games of Tokyo, the Japanese would have sold a million of them, in spite of the absence of public on the sites.

Same will to rake broad for the distribution. Paris 2024 products will be available in supermarkets, convenience stores, specialty stores and online stores. The goal is to have over 30,000 points of sale. During the Games, the OCOG plans to open a hundred official stores on the competition sites, plus between 20 and 30 in the busiest places in the capital and its surroundings (airports, train stations, tourist arteries, etc.).

Anything but a coincidence: the IOC announced Thursday, October 28, by a press release, the opening of its online store. Developed with the American company Fanatics, it is presented as a platform housing the sales sites of the upcoming editions of the Olympic Games, Paris 2024, Milan-Cortina 2026 and Los Angeles 2028. It is currently accessible in Europe, the United States and Mexico. It will be for the rest of the world in the summer of 2022, except for China and Russia. An opportunity, until now very random, for the OCOG Paris 2024 to reach an international audience several years before the event.

At this stage of the preparation of the Games, the offer remains reduced. The Monnaie de Paris is already offering its first collections of coins bearing the Games logo. Le Coq Sportif has launched the sale of its products, including the collection dedicated to the French Olympic and Paralympic team. Decathlon will put on sale Sunday, October 31, in D-100 of the opening ceremony, the three articles of its collection known as “capsule”. An appetizer, nothing more. But the rest is going to be massive.

Edouard Bardon explains: the OCOG wants to operate not one, but several brands. The most immediate, stamped Paris 2024, will be accompanied from autumn 2022 by the line dedicated to the mascot. The pictograms will arrive in 2023. The relay of the flame will follow in spring of the year of the Games. At the same time, the collection of products stamped with the new emblem of the French team is reinforced by another line, “Allez les Bleus”, operated by the CNOSF and dedicated to supporters.