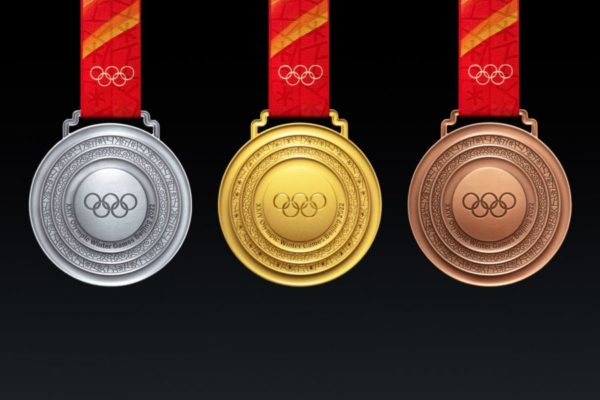 The timing has become a ritual. With 100 days to go before the opening of the Beijing 2022 Winter Games (February 4th to 20th), on Wednesday, October 27th, the Chinese organisers unveiled the Olympic (photo above) and Paralympic medals. A taste of déjà vu.

The Chinese have been promising this for several months: in 100 days, they will offer the world “simple and safe” Winter Games. The medals unveiled in Beijing set the tone. They are round, old-fashioned, and not overly fancy. Simple, then. Their design is identical for the Olympic and Paralympic versions, with one difference: the symbol inlaid on the front: the rings in one case, the “agitos” in the other.

With 100 days to go before the opening of the Games, there has never been such a blur of information surrounding an Olympic event. The Chinese are letting as little information as possible about the event slip through their fingers. They are hiding behind the sanitary context to maintain the mystery.

What do we really know about the Beijing 2022 Winter Games? And, above all, what remains to be discovered? With 100 days to go, we take a look at the certainties and the grey areas of the first Winter Olympics to be held in a city that has already hosted the Summer Games.

The athletes will be vaccinated. All of them. The only exceptions will be medical. There should not be many. The Chinese have not made it a formal requirement, but the prospect of a 21-day quarantine for the unvaccinated will have the same effect as a military order. The US and Canadian Olympic Committees have already told candidates for selection that they will have to undergo a full vaccination before boarding the plane. The president of the Austrian Ski Federation (ÖSV), Roswitha Stadlober, warned her skiers in all disciplines this week that vaccination against COVID-19 would not be an option, but a requirement, to join the delegation. The British head of mission, Georgie Harland, said on Tuesday, October 26th, that all 57 athletes on the Olympic team would be vaccinated.

The bubbles will be airtight. The Beijing Games will take place in three distinct clusters. In Beijing, the two ceremonies, the ice disciplines (skating, hockey and curling), plus snowboarding and big air freestyle. In Yanqing, about 75 km northwest of the capital, alpine skiing, bobsleigh, luge and skeleton, plus the main athletes’ village. In Zhangjiakou, 180 km from Beijing, freestyle skiing, cross-country skiing, ski jumping, Nordic combined and biathlon. Three clusters and as many sanitary bubbles. In each of them, life will take place in a closed circuit, without the slightest interaction with the local population. Screening tests will be held daily. The accredited athletes will not actually be in China, but at the Beijing Winter Games. Away from the world.

The torch relay will be virtual. The Chinese will not take the slightest risk. The torch relay in its usual form, a procession of runners in official uniforms carrying the torch at arm’s length, will last three days. It will be held from February 2nd to 4th and will only visit the three clusters, Zhangjiakou, Yanging and then Beijing. The rest will be virtual. A torch relay to be experienced via streaming. Phew.

What we don’t know

The audience. Officially, the Chinese are still sticking to an optimistic version of the Beijing Winter Games. Not a single spectator from abroad, of course, but the presence at the venues of an audience of Chinese residents. The size of the crowd, if there is to be one, will be known “at a later date”. But all indicators suggest that the closed-door option is far from being ruled out. Ticketing has still not started, 100 days before the opening. The pre-Olympic events currently taking place in China are all being held without a public. The Wuhan and Beijing marathons have been cancelled because of an increase in the number of COVID cases in the country.

The boycott. Barring a very unlikely turn of events, the Beijing 2022 Games will not be boycotted by any country. But official representation at the opening ceremony is more uncertain. In Europe and the US, groups of parliamentarians have called for a diplomatic boycott. Several US athletes have recently spoken out on the issue of human rights in China, denouncing the Beijing regime’s discrimination against Tibet, Uighurs and opponents in Hong Kong. IOC rules will prevent them from expressing an opinion on the podium or the competition field. But it would be surprising if the Beijing Games were not marked, in one way or another, by demonstrations of opposition to China.