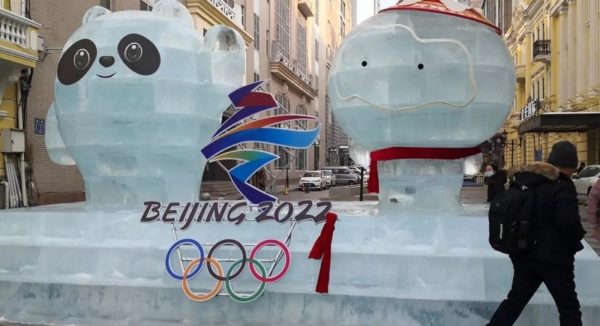 Its thoughts are turned towards the future, but the Olympic movement has not forgotten its past. Even the oldest. For the first time since 2004 and the Athens Games, the IOC Executive Board will meet this weekend in Greece, the cradle of Olympism. Thomas Bach and his team will meet in Athens on Saturday, October 16th, for a face-to-face meeting. A return to the roots. In every sense of the word.

The next day, on Sunday, October 17th, the delegation led by the German leader will make the short journey to Olympia for a day marked by history. On the programme is the celebration of the centenary of the creation of the IOC Executive Board. It will take place in front of the Pierre de Coubertin monument.

On the same day, but a little later, the IOC government members will attend the inauguration of the newly renovated International Olympic Academy in ancient Olympia. The new Greek President, Katerina Sakellaropoulou, will be announced, reflecting the importance of the event for the host country.

On Monday, October 18th, the traditional and slightly outdated lighting of the Olympic flame took place. The same setting, the old Olympia. And the protocol was reduced to a minimum due to sanitary constraints: the number of guests was limited to the essential ones, the ceremony was stripped of all superfluous elements, and not a single spectator was allowed in the enclosure.

Finally, the flame will be transported the next day to the Panathenaic Stadium in Athens, where the Greeks will officially hand it over to the Chinese, just over 100 days before the opening of the 2022 Beijing Winter Games.

A Greek sequence, therefore, the first in nearly two decades. With a pinch of China. But you don’t need to read the future in the stars to predict that the news at the beginning of the week will be more Chinese than Greek.

The absence of spectators, the cancellation of the relay through Greece, and the reduced presence of the media will probably not prevent it: the lighting of the Olympic flame, and its transmission to the Chinese organisers, will reopen the debate on the question of human rights.

Several hundred Greek police officers will be deployed to Olympia this weekend to provide security for the events. According to a Greek official speaking anonymously, quoted by Reuters, “the Greek police presence will be increased for the lighting of the torch compared to what was established for the Tokyo 2020 Games. The scenario of a potential disturbance is obviously being seriously considered by the police”.

The potential agitators, mostly members of human rights groups, remain tight-lipped about their plans. But some of them do not hide their intention to travel to Greece over the weekend or early next week to make their voices heard. With the same demand: the withdrawal of the 2022 Winter Games from China.

Clearly, they will not be heard. John Coates, the IOC’s vice-president, set the tone mid-week when he spoke to the National Press Club in Australia about the issue of China and human rights. “The IOC’s mission is to ensure that there are no human rights abuses in the continuity of the Games, within the National Olympic Committees or the Olympic movement,” he suggested. “But we don’t have the capacity to go into a country and tell them what to do. All we can do is award the Olympic Games to a country, under conditions set out in a host contract (…) and then ensure that they are respected.”

John Coates’ remarks came at the same time as the opening of a photo exhibition in Athens, entitled “Beijing 2022 Global Culture Tour”, in a conference and exhibition centre in the centre of the Greek capital. It is organised by the Chinese Embassy in Greece, the Chinese Ministry of Culture and Tourism and the Organising Committee of the 2022 Winter Games, in collaboration with the city of Athens and its Chinese Cultural Centre.

The tone on both sides, Chinese and Greek, was very diplomatic. “I am confident that, with the support of many countries including Greece, and the international community, China will once again present the world with a wonderful, extraordinary and exceptional Olympic experience,” said Xiao Junzheng, China’s ambassador to Greece.

“I am sure that we are going to have a great event, an exemplary model for future Winter Olympics,” suggested Lefteris Avgenakis, the Greek Deputy Minister of Culture and Sport.

“This exhibition brings our two countries, which have a lot in common, even closer together,” added Spyros Capralos, President of the Greek Olympic Committee and an IOC member. That’s cool. But the next few days could very well spoil the atmosphere.